Florida made marijuana news this week, as a candidate for state Governor, Charlie Crist announced his pro-cannabis stance. Learn about other candidates using decriminalization to win the Florida gubernatorial election in 2022.

Meanwhile, in Ohio, adult-use laws inch forward, thanks to strong bipartisan support. And North of the border in Toronto, Drake announces new partners in his first cannabis venture.

Warning! You may never look at your smartphone the same way again. Did you know that your phone can detect if you are high? No, we’re not kidding. Texas added post-traumatic stress disorder to the list of qualifying health conditions; more than 2,500 veterans with PTSD in the Lonestar state are now eligible.

Here is your marijuana news weekend round-up for October 15, 2021. If you would like to see we cover a certain topic, email us at info@marijuanadoctors.com.

Weed Like to Know Who Will Be the Next Florida Governor

There are a lot of medical marijuana dispensaries in Florida. The state legalized medical cannabis on November 8, 2016. Each dispensary that operates in Florida must be vertically integrated, from seed to sale. That means dispensaries must produce, process, manufacture, and retail their own cannabis products.

On November 8, 2022, Gov. DeSantis could be leaving office, although he is fighting to be re-elected. But his anti-adult-use stance could be a great disadvantage when it comes to retaining his Governorship in Florida.

One challenger Desantis will have to face is Nikki Fried. Fried is a Democratic opponent and a cannabis lobbyist. She has spent much of her career being a champion and activist for legal weed. Fried has also been outspoken about the decriminalization of cannabis and mass expungement. Nikki Fried went head to head with the federal government as the Agricultural Commissioner to end cannabis prohibition. She is also a part-owner of a licensed MTC (marijuana treatment center) in Florida.

Charlie Crist is another contender for the gubernatorial challenge to Ron DeSantis. Crist has a platform that focuses on pro-cannabis legislation, with an emphasis on social equity. If Charlie Crist was elected, he would support the legalization of adult use. And has a plan to fund community services and infrastructure with the tax revenue from recreational cannabis sales in Florida.

Will Cannabis Make You Hallucinate?

The healing herb has three psychoactive properties. Cannabis can be a depressant, stimulant, or hallucinogen. Because the hallucinogenic strains are rarer and the side effects much lighter than other psychedelics.

Not every strain of cannabis has the potential to make you hallucinate. Or make you feel like you are having a conventional psychedelic experience. There is so much that researchers don’t quite understand about the entourage effect—the role of terpenes combined with different strains of cannabis.

If you happen to consume one of the known psychedelic-ish cannabis strains, you may experience one (or all) of the seven common symptoms. In some places, the rare psychedelic strains sell out and are impossible to find. But in other locations where people aren’t keen on a technicolor experience, it can be cheap to buy.

Members at Ask.MarijuanaDoctors.com have written to ask us for more information on psychedelic cannabis. Could it be therapeutically used (the way that clinically administered ketamine and psilocybin are) to treat moderate to severe mental health disorders?

Read: “Everything You Wanted to Know About Psychedelic Cannabis”

Who said that both sides couldn’t play nicely? Especially for something that could benefit every resident in the state? Ohio lawmakers are one step closer to legalizing recreational cannabis. In a plan that will provide much-needed tax revenues to help state social programs.

There are currently 18 states that have legalized adult use. Medical cannabis has been legal in the state since 2016, and patients have been able to access medical marijuana since 2019. And so far, the medical program is working well. And lawmakers are confident about taking the next step toward adult use.

Ohio has been slammed (like many states) with increased expenditures because of the pandemic. And the only fiscal options are to raise taxes or find new revenue sources. If passed, the GOP introduced an adult-use bill in Ohio that would allocate 50% of sales tax revenues to the state general fund. This would help Ohio continue to navigate the costs of the pandemic.

The other 50% of recreational cannabis taxes would go to fund police, new roadside sobriety testing equipment, and addiction recovery services. Republican Representative Jamie Callender is currently looking for co-sponsors for the new legislation.

There are more than 2,500 military veterans living in Texas who have been diagnosed with PTSD. In 2020, Veterans Affairs announced that retired members of the military were not at risk of losing their benefits if they used medical cannabis. Welcome marijuana news for veterans with chronic physical or mental health conditions.

Military veterans are not the only ones who are diagnosed with post-traumatic stress disorder (PTSD). Anyhow, who has gone through an event (or repeated instances) of emotional trauma can develop PTSD. But many times, the condition is undiagnosed because symptoms mirror other mental health disorders like treatment-resistant depression (TRD).

Some examples of emotional trauma sustained in childhood or adulthood that could result in a diagnosis of PTSD include:

In the notoriously strict medical cannabis program in Texas, this accommodation could impact thousands of people living with PTSD. Medical cannabis currently has a 1% THC cap. But that could change quickly if political seats change in the upcoming 2022 midterm elections. And if Governor Abbott loses his leadership and bids for re-election.

Drake Grabs the Bull By the Horns With New Cannabis Brand

Celebrity cannabis brands are the thing. It used to be cool enough to buy weed legally. Now, people are checking out top-shelf and curated strains owned by celebrities—not just endorsed by them.

According to marijuana news, Drake is the latest celebrity to get in on the action. This week Drake announced that he was launching “Bullrider,” his new cannabis brand. The luxury packaging alone is impressive. Bullrider has launched with only three strains; however, Afghani, Wedding Cake, and Peach Crescendo strain.

The merch (clothing) is a little underwhelming. But if you are a Drake fan, it’s cool to know he curates the fashion line himself. So you are getting something Toronto’s best export created. The brand is co-owned by ‘40’ Shebib, who has been using cannabis to manage symptoms of multiple sclerosis for decades. Shebib will be advising on new cannabis strains to add to the curated collection at Bullrider. The products are only available right now in Canada, in the provinces of Alberta and Ontario.

The Phone Knows When You Have the Munchies

Remember back when phones were just… phones? Those little flip phones and texting required some advanced code deciphering because you had to press a button three times to get a single letter? Today, by comparison, we’re walking around with a space station level of technology in our hands.

Geo Mapping is tracking locations through GPS. All smartphones have that capability. But did you know your phone was smart enough to connect the dots to determine your sobriety? For example, a visit to the dispensary, Taco Bell, the grocery store, and then home? It statistically calculates the probability that you are ‘high’ based on your behavior. Even factoring in the speed, you are walking, biking, or driving.

Scary? Maybe. But it could be software that saves lives. With an app to help you avoid impaired driving if you don’t mind your phone disciplining you with commentary.

Read: “Wait! What? Your Smartphone Can Tell When You Are High” 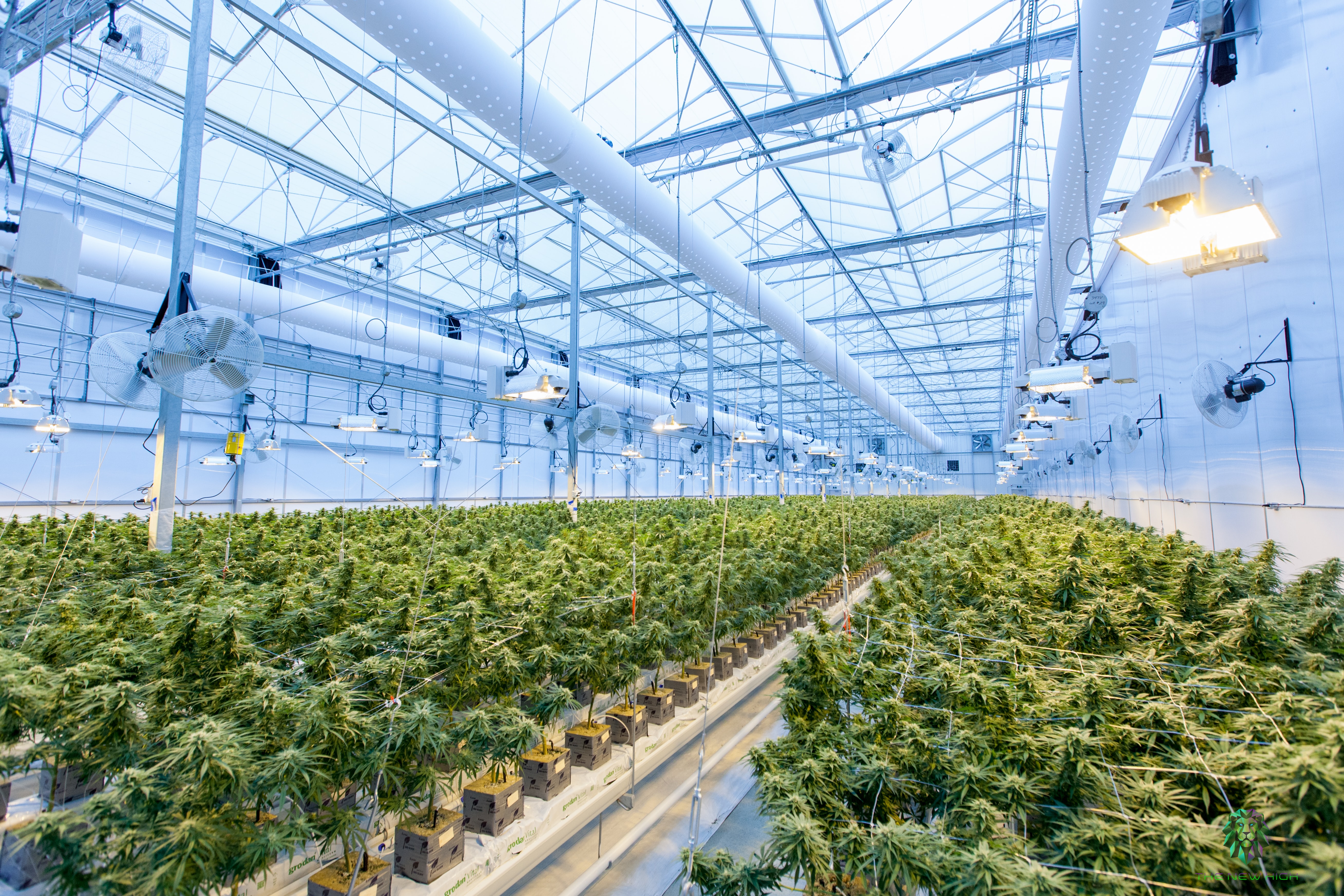 Ask a Marijuana Doctor:  How to Use Medical Marijuana for Pain