Posted by Marijuana Doctors on 03/01/2018 in Medical Marijuana

When struggling with a medical condition and its unwanted, adverse side effects, you may be wondering which is better — Marinol vs. marijuana. To help you make your decision, we’ve provided you with a detailed guideline to address any questions you have regarding Marinol and natural cannabis and educate you on the two of them.

Approved by the Food and Drug Administration (FDA), Marinol is prescription medicine containing dronabinol. It is legal in every state. Many insurance plans provide coverage for it, although some companies require preauthorization before a physician can dispense it.

Dronabinol is an active ingredient comprised of a synthetic type of 9-tetrahydrocannabinol (THC) — the natural, psychoactive element in marijuana. Dronabinol is sticky, yellow resinous oil prepared in sesame oil.

You only get a fraction of the compound in your circulation when you orally ingest it because it’s insoluble in water. The liver’s action further reduces the effect since it sees dronabinol as a toxin and eliminates it from your bloodstream. Because of this, researchers estimate only up to 20 percent of each dronabinol capsule will reach the area targeted in your body.

The FDA approved Marinol in 1985. As a Schedule III drug, it has less regulatory restrictions than Schedule I or Schedule II substances. Marinol comes in soft gelatin capsule doses of 2.5 mg, 5 mg or 10 mg and is prescription only.

What Is Marinol Used and Approved For?

You may use Marinol as an FDA-approved alternative to cannabis for two applications:

Marinol’s THC content reduces nausea and increases your appetite. Its side effects and benefits are slightly different than those of natural cannabis since the sole active ingredient is THC.

When undergoing chemotherapy treatment, many patients experience the treatment’s side effects of nausea and vomiting. You probably already know THC is a proven anti-nausea drug.

Researchers found Marinol as an effective treatment for nausea and vomiting related to chemotherapy in a 2001 study. Those who were taking Marinol preferred it over other anti-nausea medications.

Many patients with HIV/AIDS have a lack of appetite leading to weight loss. Doctors refer to this as “wasting syndrome.” HIV/AIDS patients have been using Marinol successfully to help them eat more and gain weight.

Doctors diagnose wasting syndrome when a patient has lost more than 10 percent of their body weight due to an infection with HIV/AIDS. There are a few reasons behind this, including:

Doctors prescribe Marinol to patients with HIV/AIDS to help encourage weight gain by stimulating their appetite. Natural THC along with other natural, plant-based cannabinoids, as it turns out, could effectively regulate your metabolism and boost your appetite just as well as Marinol, if not more.

A study in 1995 showed patients experiencing weight loss due to AIDS who received a prescription of Marinol experienced an improvement in mood, increased appetite and reduced nausea.

Along with its approved uses, clinical trials have used Marinol to treat other medical conditions, such as:

Marinol, when compared with natural cannabis, does come with some drawbacks, such as:

Side Effects of Marinol

Marinol side effects reported by patients in trials include:

Manufacturers synthesize Marinol in laboratories instead of extracting it from the plant itself. Since there are various steps required for purification, it’s expensive and complicated to manufacture. Marinol has poor solubility in fluid solutions and poor bioavailability due to its metabolism in the liver, and only up to 20 percent of each dose orally actually reaches your systemic circulation.

And, as mentioned, while inhaling cannabis is quickly absorbed, Marinol has a slow onset. It can take hours for you to experience the peak plasma concentrations of the dose.

Although Marinol tends to provide certain patients with only limited relief, especially when you compare it to natural marijuana and its cannabinoids, it should continue being a legal option for both doctors and patients. But officials should consider amending state and federal laws to allow patients who aren’t responding to Marinol the ability to use natural marijuana as part of their medical therapy without having to concern themselves with criminal prosecution.

And since the law in some states prohibits natural cannabis possession, patients are restricted unnecessarily to marijuana’s synthetic alternative, which lacks a great deal of natural herbs’ therapeutic efficacy.

Yes, this synthetic THC is a safe and legal prescription substitute for medical weed and has been since 1985. In fact, the FDA’s approval of the drug shows the legal process judges it as a safe and effective medication for treating nausea and vomiting. However, this isn’t the same act as approving cannabis as medication.

How to Obtain Marinol

Legally obtaining Marinol requires consultation with a licensed doctor and receiving a prescription for either of these two disorders:

Prescription Marinol is widely accessible through a doctor’s prescription. Both the FDA and medical community have studied and approved the drug. After the National Cancer Institute approached them in the early 1980s about their study of THC in relieving cancer patients’ nausea and vomiting, the Drug Enforcement Agency (DEA) helped expedite the research for the drug.

If you’re currently receiving cancer-related chemotherapy or have decreased appetite and substantial weight loss due to HIV/AIDS, consult with your physician about Marinol. Your physician will examine you and conduct a thorough evaluation of your health disorder. They’ll also verify your condition qualifies for a Marinol prescription.

If you’re feeling intense discomfort from your chemo-related nausea and vomiting or any other complications associated with the treatment, let your doctor know. Issues with a quality of life may also qualify for a Marinol prescription to alleviate your suffering and will increase your chances of obtaining a prescription.

Explain your low appetite and substantial weight loss to your physician. They can administer a body-mass test to determine if your loss of weight is significant enough to justify you receiving a potent appetite stimulant like Marinol. There’s no automatic amount of weight loss to lead to a prescription of Marinol unquestionably — each patient’s condition is unique. But you’re more likely to receive a Marinol prescription if your doctor feels your weight loss poses any health risks.

Do You Need a Medical Marijuana Card for Marinol?

While you do need a prescription by a doctor for medical weed for either easing chemotherapy-related nausea and/or vomiting or HIV/AIDS-related weight loss, obtaining a medical marijuana card isn’t mandatory.

Marinol Vs. THC, or Natural Cannabis

Marinol versus natural cannabis does have some significant distinctions. Marinol is synthetic THC, which means manufacturers synthesize it in a laboratory instead of obtaining it from the marijuana plant.

Each has its therapeutic benefit and serves its medicinal purpose.

When doctors prescribe Marinol, patients receive a capsule containing synthetic THC and sesame oil. THC is the active ingredient in Marinol, unlike cannabis, where there are hundreds of chemical compounds. Consequently, patients who take Marinol aren’t benefiting from the other compounds in cannabis.

The benefits of marijuana vs. Marinol are numerous and include the following.

Cannabis is quick acting, and you can control the dosage more easily. With Marinol, you ingest the pill, and it may take over an hour to feel the effects. When you do, they can come on too strong and last a long time. With cannabis dosages, you can control them more easily no matter which ingestion method you pick, whether it be:

When it comes to pain, for instance, researchers have been studying prescription dronabinol for neuropathic and postoperative pain and found it wasn’t better at relieving pain than a placebo. For non-cancer, chronic pain, it was only a little better than a placebo.

While studies of cannabis are fewer than cannabinoid pharmaceuticals because of regulatory restrictions, the ones conducted show cannabis provides better pain relief than placebos, especially smoked marijuana. Vaporized marijuana was also better at relieving nerve and neuropathic pain than a placebo.

Weed contains additional cannabinoids with therapeutic properties researchers have clinically demonstrated to go way beyond those of Marinol. And, as you know, Marinol only has THC. In contrast to Marinol, cannabis has:

Trials show the combined compounds’ synergistic interaction above found in marijuana make it a much better therapeutic choice than taking Marinol by itself.

Cannabis has fewer psychoactive effects than Marinol. Marinol could cause an altered mental state leading to cognitive and psychiatric effects, and also impair physical and mental abilities.

Scientists, researchers, patients and doctors all show evidence that proves natural weed is superior and highly effective in the treatment of symptoms of many conditions where conventional medications offer hardly any symptomatic relief.

Those patients who doctors frequently prescribe Marinol report it has far greater psychoactive effects than the effects of natural weed. Marinol’s adverse side effects include:

Its psychoactive effects can last for up to six hours. Around a third of individuals taking Marinol report they experience at least one of the adverse side effects above.

Earlier you learned synthetic THC is the only active ingredient in Marinol. It’s equivalent to the natural compound THC.

Since cannabis contains these other therapeutic cannabinoids and Marinol doesn’t, many patients favor it. For instance, the non-psychoactive cannabinoid, CBD, contains various properties, including:

Many studies show CBD to be or have:

Other cannabinoids demonstrating therapeutic properties are:

In an epilepsy in vitro model, natural marijuana extracts had better performance than THC by itself.

Another benefit of cannabis is individuals can use this treatment in numerous methods, including:

As you know, you take Marinol in capsule form with a specific dose. Each capsule may take over an hour to feel the effect, meaning it’s hard for you to determine the proper dosage.

Using medical cannabis through the vaporization method provides you with instant relief from your symptoms without giving you the risk of taking a strong dose. Since you don’t have to swallow the drug with this method, it provides more benefit to those struggling with nausea and vomiting.

Furthermore, taking Marinol orally can create more problems. After the capsule passes through your digestive system, it absorbs into your bloodstream and moves to your liver, which then metabolizes the drug into a whole range of other chemicals.

One such chemical is 11-hydroxy-THC, which is up to five times stronger than natural THC. This could be the reason why users of Marinol report they experience a far greater psychoactive effect than natural marijuana. Also contributing to the problem could be the absence of CBD, which helps to reduce anxiety.

Despite Marinol being widely accessible, many patients continue using natural marijuana in large numbers. But Marinol is still available to patients as an option. In the meantime, patients who don’t respond to Marinol or merely want a substitute to synthetic THC may be able to use natural weed legally as their medical therapy.

The good news is, more states in the U.S. are accepting medical marijuana programs. State-issued ID cards are becoming more available for patients who qualify for cannabis for their medical condition.

There is an application process you need to follow to get started with medical pot treatment. Below are the steps you can follow to join the medical marijuana program in your state:

Always use your medical cannabis treatment with care. You still need to keep yourself safe and follow your responsibility as a medical marijuana patient, even if it’s legal in your state. Contact us today here at MarijuanaDoctors.com to get started with your natural cannabis treatment right away and sign up for our newsletter. 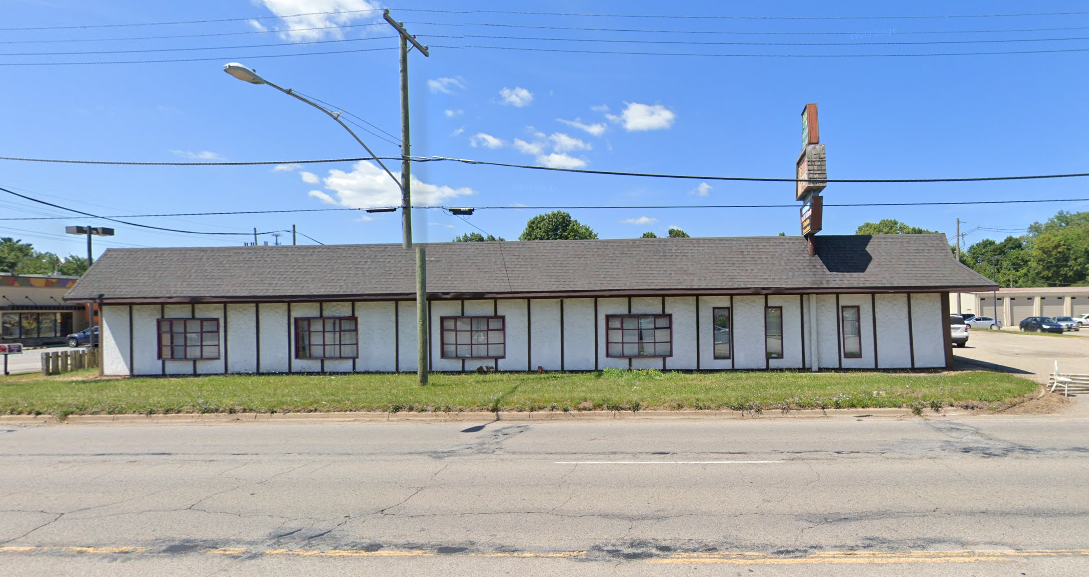 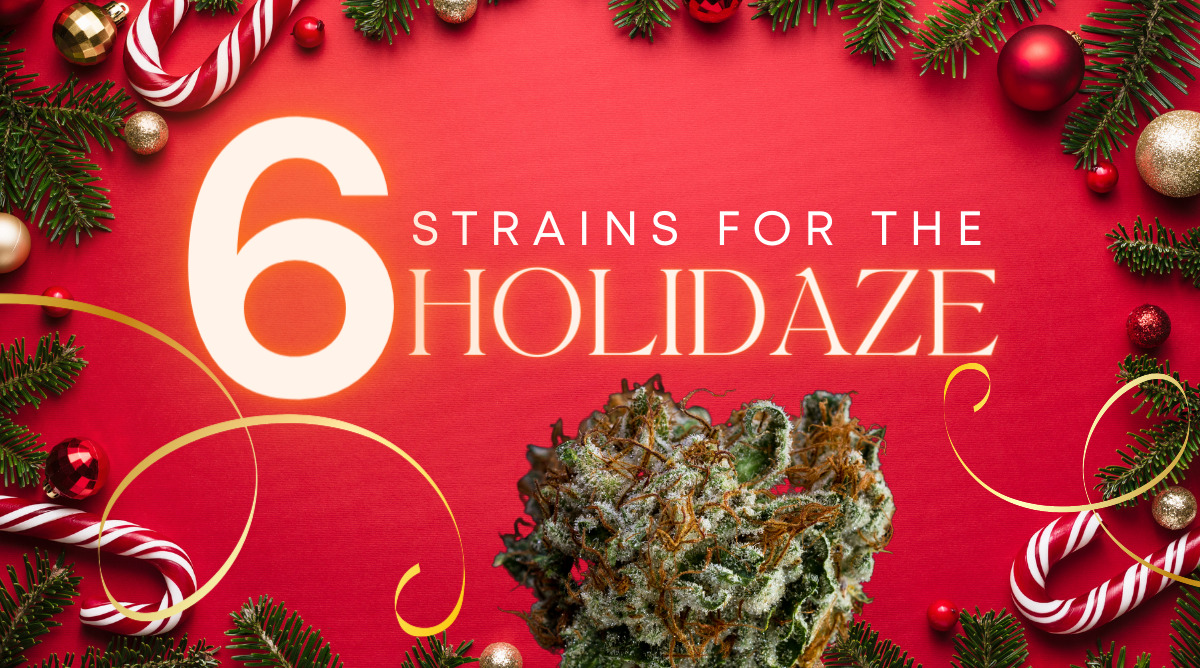