Posted by Marijuana Doctors on 04/06/2019 in Medical Marijuana

Fatigue. Restlessness. Sweating. Difficulty concentrating. Racing thoughts. Excessive worry. Fear. Insomnia. Nausea. Palpitations. These are some of the symptoms experienced by the 40 million U.S. adults who suffer from anxiety.

The disorder is highly treatable, yet only a fraction of people who have it (37%, according to the Anxiety and Depression Association of America) receive treatment.

Medical marijuana is one option for some people who are currently receiving treatment for anxiety as well as those who aren’t. Here’s a look at why—and what anyone considering taking cannabis for anxiety needs to know.

Does it help or hurt?

Anxiety is one of the most common reasons people give for using medical marijuana. In one study conducted by researchers at Washington State University and elsewhere, 58% of users cited this as their reason, second only to pain (61%).

Some scientific evidence shows that the drug can help reduce anxiety—by as much as 58%, according to a study published in the Journal of Affective Disorders, with larger reductions in women than in men. But the research on this is very limited.

The picture is complicated by the fact that the governing bodies that have legalized medical marijuana (33 states, the District of Columbia, and Puerto Rico) allow it for different medical conditions—and only New Jersey and Puerto Rico include anxiety among theirs. Several states, however, have liberal laws that do not specify qualifying conditions and allow cannabis be to prescribed at a physician’s discretion. These include California, Maine, Massachusetts, Missouri, Oklahoma, Rhode Island, Virginia, and West Virginia. Most states that have legalized medical marijuana also allow it to be used in the treatment of post-traumatic stress disorder (PTSD), a type of anxiety.

How it works—and what to watch for

For those who are considering trying cannabis to relieve anxiety, what are the reasons it might possibly help? Although it’s not entirely understood, the endocannabinoid (ECS) system may be at the heart of it. Some experts consider this to be the 12th major system in the body, alongside the circulation, respiratory, digestive, and other systems.

Although understanding of the ECS is still a work in progress, it’s believed to help bring balance to the body and ensure that all the systems work together. It’s composed of cannabinoid (CB) receptors in the brain that are involved in processes ranging from coping with stress to creating memories. These receptors are also key to responding to anxiety and fear. Small doses of cannabinoids found in marijuana may interact with those receptors and help support the ECS and enhance its function—thus reducing anxiety and fear.

More research is necessary to find out more about what happens in the brain when people with anxiety consume marijuana. That research has been hindered by federal law, which considers marijuana a Schedule 1 drug with no medical benefit. Until more is known, keep this information in mind.

Researchers from the University of Washington note that THC appears to decrease anxiety at lower doses and increase it at higher doses—and that CBD lowers anxiety at all levels.

Medical Marijuana How-To's: How to Roll a Perfect Joint 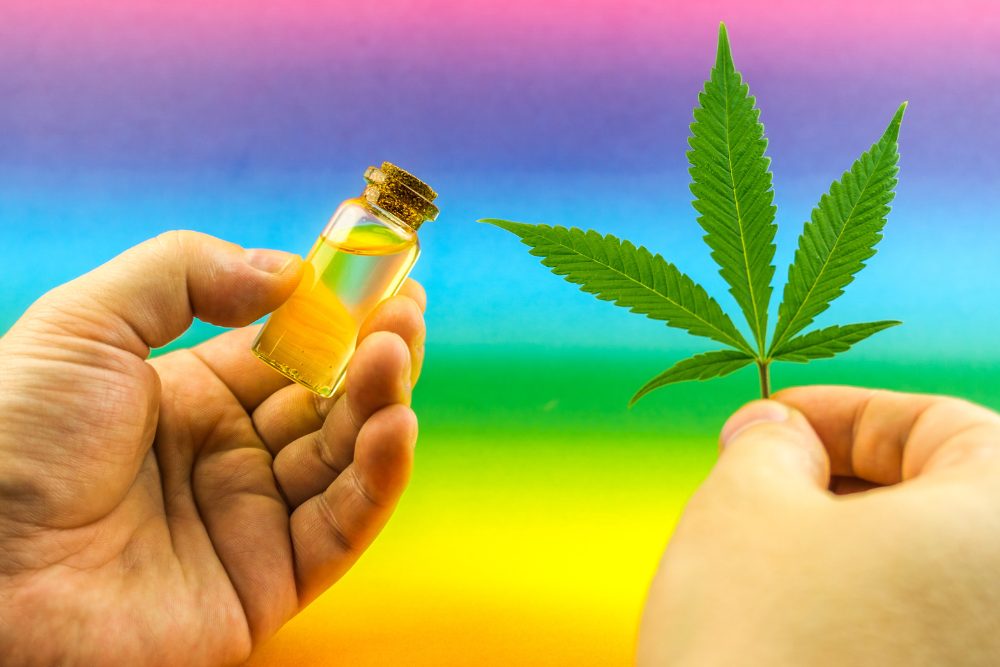