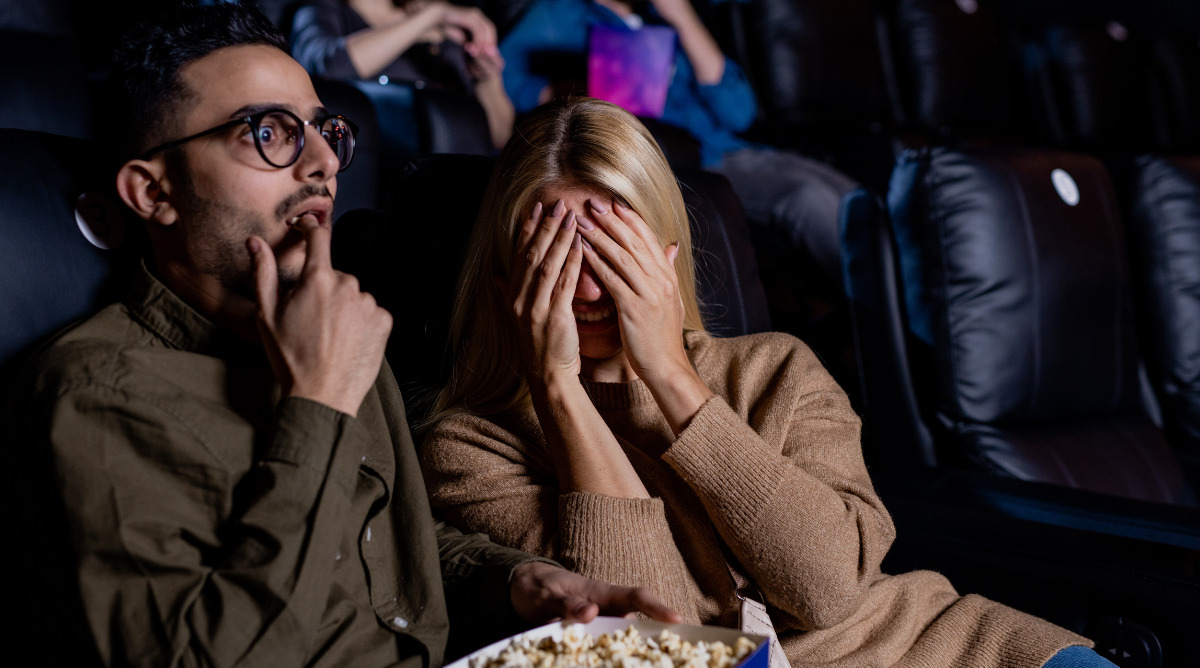 If you are someone who loves scary movies, then you already know some of the fundamental rules. If you are a character in a horror flick, and you want to survive, there are a few things you should never do. And all of those rules are broken in scary marijuana movies.

Swimming alone late at night? Not a clever idea. Walking home through a thick fog by yourself? More than risky. Hollywood has been using stereotypes about people who use controlled substances in movie plots for more than sixty years. When we talk about a prevalent stigma against cannabis, the entertainment industry has helped perpetuate them.

Have you ever watched a scary movie and saw stoners portrayed in an unflattering way? Talk about not-so-subtle propaganda. Can stoners run as fast as the drug-free college jock from a villain in a horror movie? Not. The characters that smoked up are the least likely to survive in a scary story.

They hit the Indica. And no writer in Hollywood has ever heard of a ‘high functioning pothead.’ They exist. Throughout the decades there have been some blatant stereotypes about people who use cannabis.

Spoiler alert! Here are some of the most iconic and memorable scary marijuana movies. See how many of them you actually remember.

1. Shaun of the Dead

A spoof on the classic Romero “Dawn of the Dead ” franchise, this Rom-Zom-Com horror flick is already a classic. Shot in the U.K., smart and unwitting best friends do their best to save the people they care about in a zombie apocalypse after they stop smoking weed and playing video games on their couch.

Many fans do not know that Ed (played by Nick Frost) and Shaun (Simon Pegg) were real-life friends before they started writing and producing movies together. In fact, Nick Frost was homeless and slept on Simon’s floor for a long time. It is not hard to guess how the best friends spent their time between writing brilliant comedic screenplays.

In Shaun of the Dead, however, potheads are redeemed. They save the day, are chivalrous and self-sacrificing, and really (really) like sitting on the couch and watching TV. So much for the lazy pothead stereotype. However, Ed is kind of a slow-moving, slower thinking target for the Zombies.

While not a scary movie, the writing for the pothead alien in “Paul,” another Simon Pegg film, is funny too. We hope if there are aliens planning to visit earth, that they are kind of like Paul.

Marriage is hard. Being a parent to three kids is also hard. Living in a house with a poltergeist and a child that disappears into white noise on a television? That calls for a joint.

Parents Diane Freeling (JoBeth Williams) and Steve Freeling (Craig T. Nelson) have a moment alone in their bedroom when they spark one up. They probably would have packed and smoked a whole bowl if they knew what was in store for them.

For two stoner parents, however, the Freeling’s are impressive as a poltergeist fighting duo. Spielberg should have written in a few more pot-smoking scenes, however, for realism. Given the stress the family was going through, more weeds would have been warranted.

3. Cabin in the Woods

Who could forget the giant collapsible bong? The pipe was three feet tall and folded down into something that looked like a spill-proof portable coffee mug. Too cool, and incognito. Not that we condone smoking in a car (we do not) or the use of a bong that is longer than your arm when you are heading out on a camping trip.

The legendary telescopic bong comes in handy when Marty uses it to save Dana. See? Cannabis can save lives, when used responsibly. Fans of the film have dubbed Marty (Fran Kranz) the ‘Super Stoner.’ But the plot twists in Cabin in the Woods are almost psychedelic.

Depending on the strain you are smoking, this scene from Scary Movie 2 could make you roll on the floor laughing or become utterly terrified. What would you do if one of your homegrown cannabis plants mutated and grew into a flesh-eating giant plant?

Shorty (Marlon Wayans) is the Scooby-Doo Shaggy character of the Scary Movie franchise. The man with the giant bongs, and outrageously huge joints. Unsurprisingly, Shorty is always high. And he is the one that suffers the most repeated tragic deaths, being resurrected each time to appear in a sequel.

What the writers did get right about Shorty is the love that people have for cultivating their own plants. Shorty is saved from getting ‘smoked’ by some quick thinking, and a bag of Funions. An ending you don’t usually see in scary marijuana movies.

Great writing, but not overly scary; this horror flick hits close to home on the most sacred day of the year; 420. It was only a matter of time before some production company created a foreboding story out of the day of celebration.

The slogan for the film was “Inhale. Exhale. Scream.” Dylan Reynoldswas written and directed, and starred Jamie Bernadette, Vanessa Reynolds, and Stacey Danger. Five women that head off to the woods for a camping trip to celebrate a birthday, stumble upon an illegal grow-op.

For a bunch of backpackers, the size of the mega bong they brought with them is a little sketchy. Based on the storyline where the potheads were punished for smoking and venturing into the woods, this movie did not do well. It scored 32% on Rotten Tomatoes as an indie stoner slasher film.

The only thing more consistent than the slow, steady pace of Jason Vorhees through a forest is the presence of cannabis in the Friday the 13th movie franchise. The original horror movie template of young adults, weed, and things that go bump in the night. Leading to bad decisions like swimming in a dark lake alone or taking a long stroll through a foggy forest.

The Friday the 13th movies are full of cultural and moral references. Things you really should not do. And on that list are consequences for smoking cannabis. Because the movie franchise spanned over twelve different films, we see cannabis also changing names from grass to dope and weed.

In 2009 there was a reboot of the Friday the 13th movie franchise. Instead of camp counselors, it was a group of teens that were determined to explore Crystal Lake. Not because they were looking for the mythological Jason Vorhees, but because there was a legendary and secret cannabis field on the property. But the first person to actually find the cannabis pays a ‘heady’ price when Jason finds him. Like usual, in scary marijuana movies. 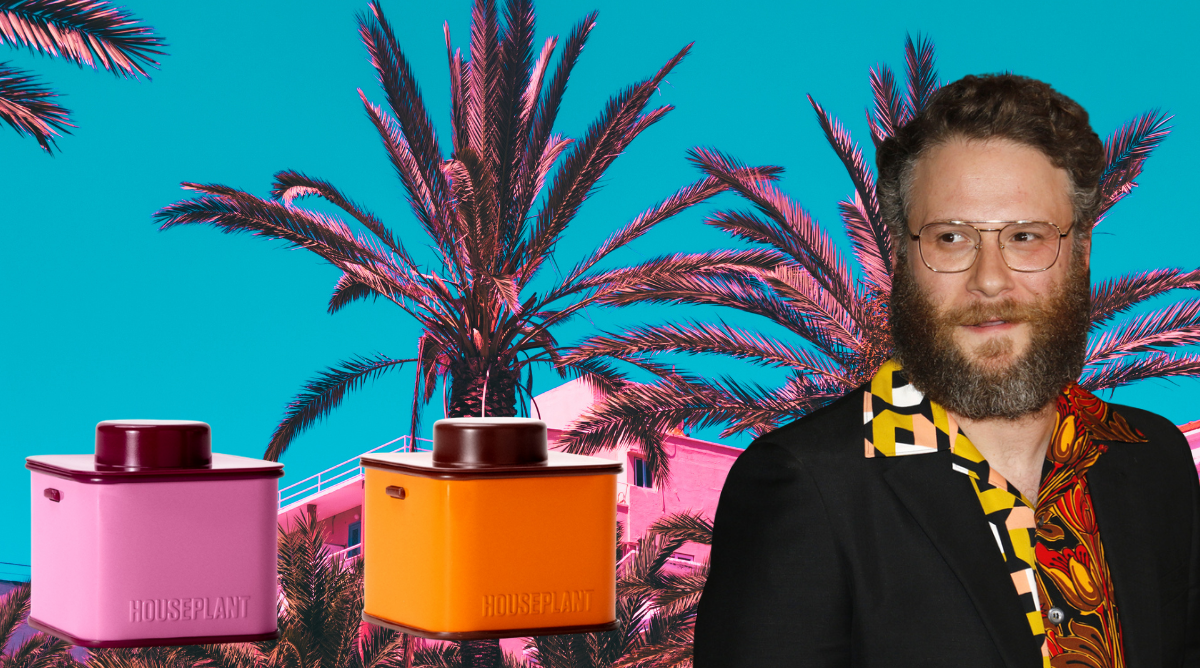