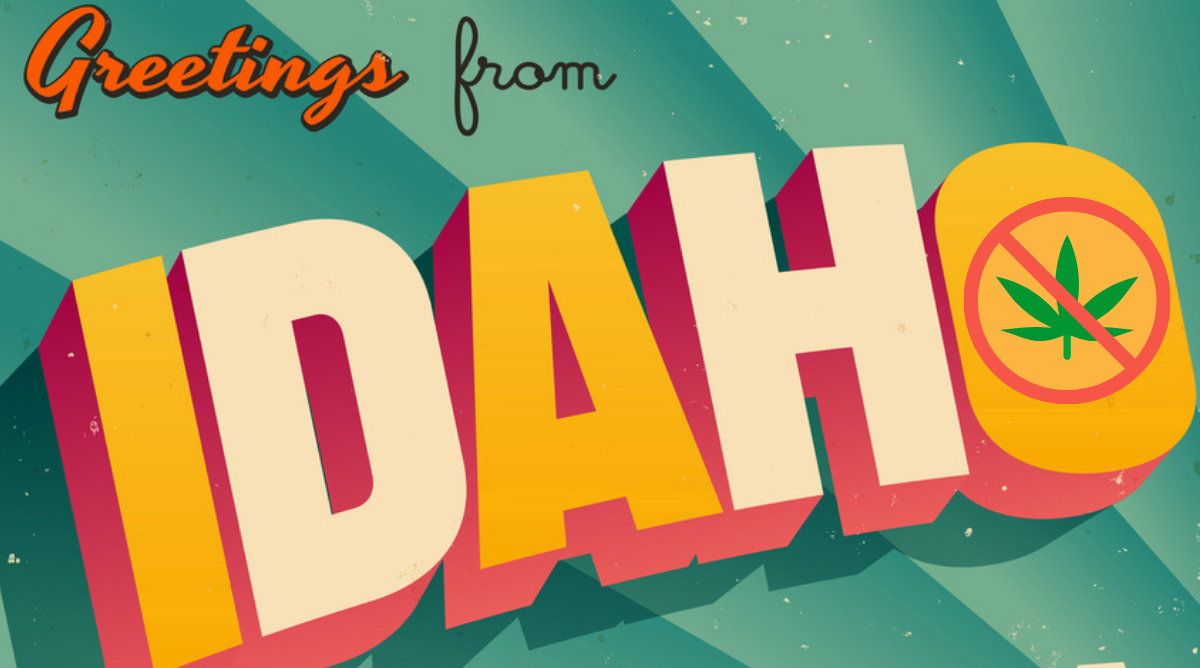 Thirty-six states across America have legalized medical cannabis programs.  But for patients in Idaho living with chronic diseases, debilitating symptoms, and terminal illnesses, the option for medical cannabis seems distant. Patients are caught in a tug of war, with staunch opposition from the Idaho Legislature.

When citizens and the governing Legislature disagree on constitutional change, it can become a ballot initiative. This is the constitutional right of citizens, and at its core, it is designed to assert the will of voters in any state.  And to prevent a tyranny of rule by a legislative body. Senators cannot simply decide to ignore the will of the people they serve. They are responsible for the administration of the new laws their constituents strongly support.

That point is being missed (big time) in Idaho. Not only has the fight for medical marijuana lasted over a decade, but prohibition seems to be the stance. Permanent prohibition. Even for CBD oil with medicinal benefit (regulated by the federal government at 0.30%).

The fight took a nasty turn in Idaho in February 2021, and there are some major chess-like moves to block the legalization of medical cannabis in the state. Despite majority support from residents.

History of Attempts to Legalize Medical Marijuana in Idaho

Like many states, the fight to provide legalized medical cannabis in Idaho started almost ten years ago. In 2012, organizers tried to gather enough signatures for a ballot initiative but failed.  Then a second attempt was made in 2014 but was again unsuccessful.

In 2013, the Idaho Legislature made it clear that they were against any kind of cannabis legalization. That included instituting a medical cannabis program. In 2015, the Legislature supported this stance by vetoing Senate Bill 1146a, which would have legalized CBD oil for medicinal use. The CBD would have been clinical grade for the treatment of patients with severe epilepsy.  It passed the Legislature in Idaho, but Governor Butch Otter vetoed it.

Later in 2015, the Idaho Attorney General clarified that 0% THC CBD oils would be permitted. But only if the CBD was derived from one of the five parts of the cannabis plant was not the flower or bud. That includes leaves, stems, roots, etc., for the commercial production of medicinal oils.

How Idaho is Progressing to Legalization of Medical Marijuana in 2021

The Idaho Medical Marijuana Initiative was not included on the ballot for the November 3, 2020 election. It failed to get enough signatures. When that happens, lobbyists (which include patients and caregivers living in the state) start over. Collecting signatures, informing voters, and pushing to have the matter of legalized medical cannabis appear for a state vote. To let voters decide.

On one side of the fight are patients and caregivers that desperately want to explore alternative medicine—people with degenerative diseases including epilepsy, chronic pain, and cancer. People struggling with mental health disorders like anxiety, depression, or PTSD are also supporting legalizing medical cannabis in Idaho.

In February 2021, it seems that the battle for medical cannabis in Idaho is heating up. Simultaneously, the Idaho Legislature is passing new bills that will create a blockade to disrupt legalized medical cannabis. Also, an amendment to the 0% THC CBD oil restriction that is currently imposed. Regardless of health conditions for patients who may benefit therapeutically from clinical CBD treatments.

The Idaho Legislature is not supportive of legalization.  Because of the staunch resistance to cannabis legalization in the state but the growing support of citizens living in Idaho, a new bill has been introduced. Senate Bill 1110 would make it extremely difficult to add any new initiative to a state ballot. The sponsor of the bill is Republican Senator Steve Vick.

Senate Bill 1110 would require all future state initiatives to get signatures from every district in the state of Idaho. The intention (according to Senator Vick) would be to ensure that ballot initiatives would be representative of the needs and wants of all residents in Idaho.

There are thirty-five (35) districts across Idaho, and each district would require representative signatures for any ballot initiative going forward. That also means that getting a key state question to the ballot will get a lot harder for special interest groups—particularly grass-roots coalitions with less funding than organized lobbyists with corporate backing.

The stated intention of Senate Bill 1110 is to make sure that all citizens have an equal say in laws that impact constitutional rights in Idaho. But inadvertently, this creates a situation where only the wealthy can push initiatives through to state vote. The cost of reaching all thirty-five districts to collect signatures would impede most non-profits.

The creation of the Idaho Medical Marijuana Act faces a new threat. The Legislature has filed articles to make cannabis constitutionally illegal in the state. That means no medical cannabis, no adult-use cannabis, no special case treatments, and no argument from voters opposed.

“the production, manufacture, transportation, sale, delivery, dispensing, distribution, possession, or use of a psychoactive drug shall not be permitted in the state of Idaho.”

The only exception to this rule would be cannabinoid-derived medications approved by the Food and Drug Administration (FDA) and manufactured by pharmaceutical companies.  If passed, the new House Resolution will stop two ballot initiatives in Idaho. One for the institution of a medical cannabis program and a separate initiative for adult-use legalization.

A New Amendment for Prescribed Medical Marijuana in Idaho

To make things even more confusing, the government of Idaho passed a new amendment that actually supports a medical cannabis program. A very restricted one, that is based on physicians prescribing different cannabis ‘medications’ at appropriate potency levels for treatment.

Cannabis vapes or pre-rolls would be illegal, even for approved patients. The House Health and Welfare Committee introduced the bipartisan bill on February 8th. It states that adults aged 21 years or older with one of sixteen (16) medical conditions could qualify for medical cannabis.

Medical dispensaries would not be permitted to operate on a retail model, to serve patients. But twenty-eight (28) pharmacies would be licensed to dispense cannabis tinctures or capsules. Patients would be significantly restricted in terms of the quantity of medical cannabis they could purchase, according to the proposed amendment.

The  Idaho Medical Marijuana Act which hopes to be on the 2022 ballot, would permit individuals in low-income circumstances to grow a limited number of cannabis plants at home. For therapeutic use, and to mitigate access for people with mobility or transportation issues. The proposed amendment states that growing cannabis at home (for any circumstance) would remain illegal.

Why Medical Marijuana is Better Than Self-Medication