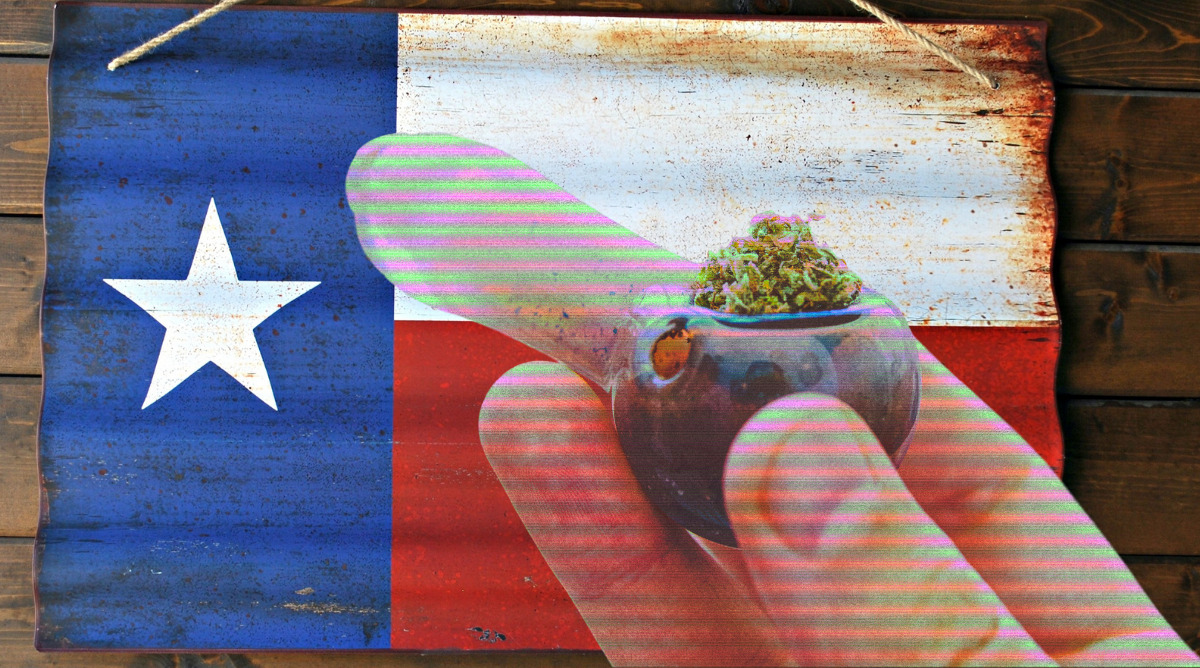 Imagine how frustrating it is to be a patient who is eligible for medical marijuana. And the states surrounding you have all legalized medical marijuana programs. Where patients can visit a dispensary, and purchase cannabis products.

There are more than a few states that have no legalized medical cannabis programs. Some of the holdout states include Kansas, Nebraska, Wyoming, and Idaho. And then there is Texas. Center of a thriving economy and population of just over 29 million people.

Captains of industry have moved and made Texas home for a variety of reasons. The weather and no state tax are two great reasons to live in Texas. However, when it comes to legal reform for cannabis laws and medical marijuana? Texas gets a D- grade.

In many counties in Texas, they’ll still lock you up (and throw away the key) for possessing personal amounts of cannabis. And the medical cannabis program? It is provided by prescription only, fulfilled by pharmacies, with a maximum of 1% THC on cannabis products used. And that is not good enough anymore, because Texans support adult-use.

Over the northern border of Texas, is the land of accessible medical marijuana for patients. Dispensaries everywhere, with all strains, potencies, and product types (including edibles). Oklahoma has not legalized adult-use (yet). But if it does, it can expect a boost in tourism from frustrated Texans.

How likely is Texas to create a better medical cannabis program? The pressure is on because opinions have changed. And a new poll demonstrates that GenX and Millennial Texans want more than a good MMJ program. They want legalized recreational use. 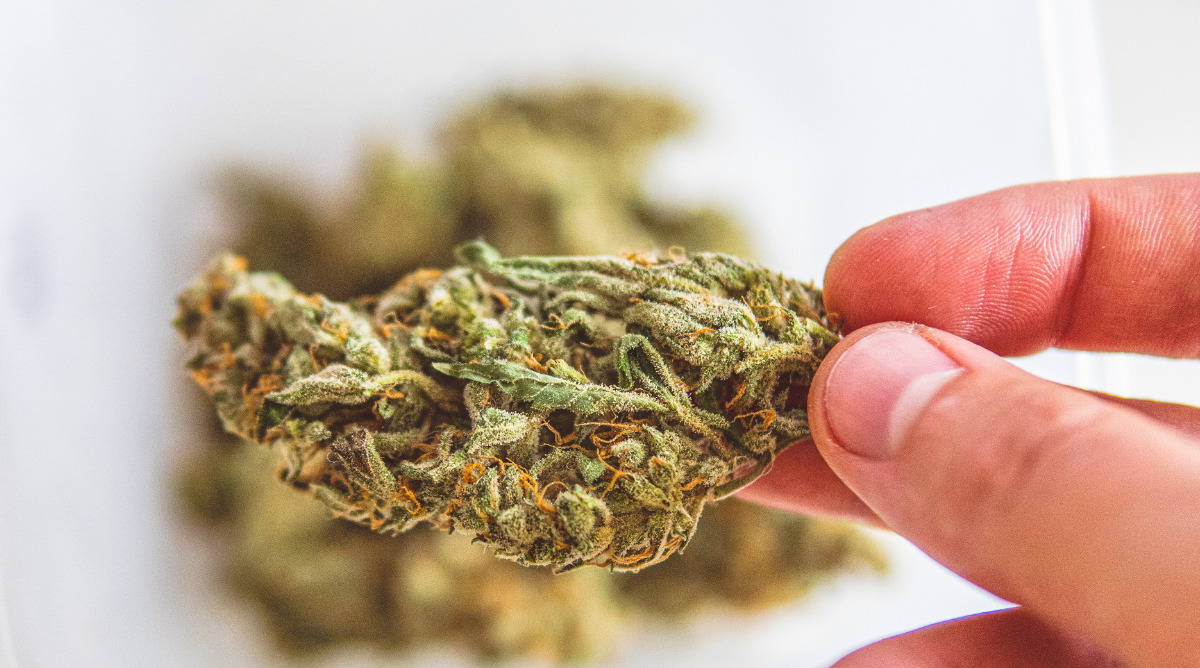 This may surprise you, but Texas is a conservative state. And it doesn’t generally follow the crowd when it comes to culture, politics, and legislation. You’ve heard the saying “Don’t Mess With Texas”. It belies defiance and spirit that is unique to the state.

Right now, there are only eight states left that haven’t legalized medical marijuana. Some have less accommodating low-THC laws. But 1%? That is the maximum cannabis potency that any patient can be prescribed in Texas. And here is the kicker; it can actually be hard to find a doctor who will prescribe the maximum 1% THC products for you. Because you have to validate that you need the maximum potency available.

No, we’re not kidding. And how does that 1% cap on potency compare to averages in other states across the country? In March 2020, a study was published that reported the average potency of medicinal cannabis to be >19.2%. And for adult-use states, the mean potency was >21%.

The study, “Mapping cannabis potency in medical and recreational programs in the United States,” also suggests that 5% to 10% THC can be effective for pain and symptom management. Since Texans support adult-use legislators could appease the masses by expanding the MMJ program instead.

What can you expect if you get busted for weed in Texas? A whole lot of trouble. Possession of up to two ounces is a Class B misdemeanor. This charge carries up to 180 days (six months) in prison and a $2000 fine.

But Class B misdemeanors also cerate other limitations.  For example, if you are convicted and sentenced, you will not be able to get a firearm license for five years.  Not a particularly big deal now that Texas passed open carry. Class B charges also result in an automatic driver’s license suspension. And it cannot be expunged like a Class C misdemeanor can, in Texas. Another reason why Texans support adult-use.

Jurisdictions like Dallas and Austin have passed their own cannabis reform bylaws. Both cities prohibit police from using resources to charge citizens for small amounts of cannabis. However, you can get searched, and your cannabis can be seized in Dallas or Austin. Law enforcement will most likely write you a civil citation (fine) without a criminal charge. Only if the possession of cannabis isn’t involved in a violent or gun crime.

On November 11, 2021, there was a survey conducted by the University of Houston and Texas Southern University. Kyle Jaeger for Marijuana Moment was the first to report on the findings of the poll. There has been a concept that the movement to legalize (or prohibit) cannabis in Texas has been split down party lines. The Democrats in favor of legalization, with the conservative Republicans, staunchly opposed. And that divide may very well exist for Texans age 55+. It doesn’t seem to be the case for the younger generations.

In the poll, 67% of Texans supported adult-use (recreational) cannabis legalization. Only 20% of respondents said they were strongly opposed to adult-use. Another 13% replied that they were ‘somewhat opposed’. Getting back to the politics of pot, 51% of Republicans were in favor of legalizing recreational use. And 79% of Democrats were also in favor. Another 70% of Independents said they would vote for adult-use.

Public support for legalization is an important consideration. In 2020, there were nine articles of legislation pre-filed for review. The House of Representatives passed many of the initiatives in Texas. However, the measures died in the Senate.

During the 2020 electoral vote, Texans agreed that they wanted to see a 5% THC limit for medical cannabis. The voters spoke, but the Senate refused to acquiesce. When the bill arrived at Texas Gov. Abbott’s desk, the 5% THC proposal was dropped to 1%. In spite of clinical studies that report 1% THC is ineffective for symptom management.

What is the Real Obstacle to Cannabis Reform When Texans Support Adult-Use?

Texans for Responsible Marijuana Policy is one of the leading advocacy groups in the Lonestar state. They are the group that supported the legislation to expand the medical cannabis program in 2021. The same one that fell flat, because of resistance in the Senate.

The obstacle, for now, appears to be seated in the Senate. In 2021, Texas started the year with a $4.6 billion deficit. You would think that would have placed some pressure on lawmakers. Implementation of a more accessible medical cannabis program (with retail dispensaries) could provide a tax windfall for the state.

Kyle Jaeger at Marijuana Moment did the math over a year ago. Jaeger estimated that if Texas used the same revenue model as Colorado, Texas could see over $500 million annually. From taxes collected from medical cannabis purchases.

One thing Texas is really good at, however, is budget management. By cutting costs, and increasing business growth incentives, the 2022 year will start with a surplus. The Texas Comptroller has estimated a $7.85 billion budgetary surplus for 2022-2023. That is an impressive budgetary turnaround in a year. And so, while other states lean into cannabis legalization with the bonus of more tax revenue? It’s not really a motivating factor for Texas, ya’ll.

And even though the majority of Texans support adult-use, the lack of cashflow problems puts less heat on the state government.

What You Can Do to Help If You Live in Texas

If you are a resident of Texas and would like to lend your support, you can do so in many ways. There are three main goals or objectives that will help improve life for patients and reduce the arrest rates for cannabis use.

Texans support adult-use.  And even if you don’t agree with the legalization of recreational cannabis, an expansion of the medical cannabis program would help thousands of patients.  Consider getting involved with a local advocacy group, or writing letters to state and federal leadership. 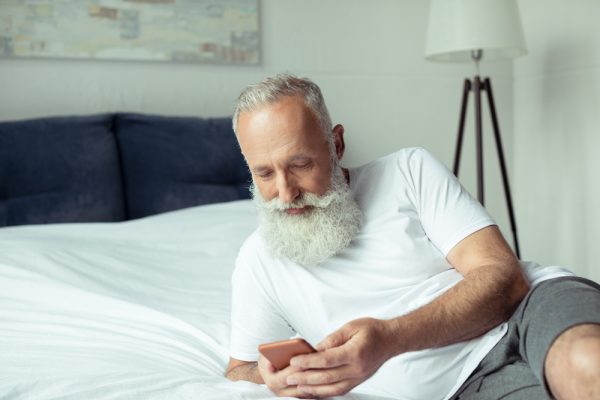 Have You Talked to Your Doctor About Ketamine Treatments?