Inhaling medical marijuana provides fast relief, so many patients prefer to smoke or vape their medication. But, between smoking and vaping, which option works better? Patients have multiple factors to keep in mind when choosing one of these methods. The misconceptions surrounding cannabis may have you wondering how to separate fact from fiction. Let’s look at the knowledge we have and explain how to make an informed decision.

Most patients consider the health risks of smoking the deciding factor between picking up a pipe or vaporizer. We already know that smoking tobacco causes many problems. Health-conscious patients try to avoid smoking cannabis because they believe it’s the same as tobacco. When you smoke marijuana, you don’t inhale the same toxins contained in cigarettes. However, you breathe in smoke, which irritates the lungs because of its temperature, content and dryness.

Meanwhile, the vapor from vaporizers has a much lower temperature and fewer irritants than marijuana smoke. It also doesn’t dry out your mouth because it has moisture. While vaping with faulty equipment or using the wrong methods can cause charring, it usually has fewer risks than smoking.

A wide range of factors influences the price of marijuana medicine, including your equipment. Smoking products often have a more affordable price than vaping gear. Smoking usually involves rolling papers and a lighter, which tend to have low costs. Meanwhile, you need a vaporizer to vape and possibly cartridges or concentrates. The base equipment for vaping often has a higher price than the tools used in smoking, making it less accessible to patients with tight budgets. Some patients may want to vape instead of smoke but might not have the money to afford it.

The United States has wildly varying medical marijuana laws across the country. Certain states allow recreational and medical use, while others completely ban cannabis. Regulations differ even among states that permit marijuana. A few places allow recreational cannabis, but the majority of states with legal marijuana have a medical program only. These programs each have their own regulations to follow. In certain states, you can narrow the differences down by jurisdiction. For example, Colorado and California let cities determine if dispensaries can operate in the area.

This principle applies to laws for acceptable medical marijuana products and usage. When a state legalizes cannabis medicine, they don’t always approve of all kinds of medical marijuana. Smoking and vaping products seem to cause the most disparities among medicinal cannabis product regulations.

Since so many people associate smoking with recreational use, lawmakers sometimes shy away from permitting it for medical marijuana patients. While some may consider recreational use valid, plenty of lawmakers do not. Vaping sometimes gets caught in these bans, as well. In these scenarios, the law forbids all kinds of inhalation.

Accessibility and Ease of Use

Everyone has unique abilities, health considerations and access to medicine. A person’s physical and cognitive abilities influence the suitability of smoking and vaping for their needs. Their distance from the closest dispensary also comes into play. For some people, smoking or vaping isn’t feasible. Someone with lung problems may find smoking too irritating.

On the other hand, a person who doesn’t understand technology well may feel too intimidated to use a vaporizer. The only dispensary in town could have plenty of smoking products, but nothing for vaping. A person’s situation and abilities greatly influence their medical marijuana experience.

How to Reduce Inhalation Risks

Smoking marijuana has a few more hazards than vaping, but you can reduce many of them with simple habits.

You can’t get rid of all the risks of smoking, but you can minimize them. Marijuana smoke could have a lower impact on your health if you use these strategies:

When you choose between smoking and vaping, remember that neither method causes as much harm as smoking tobacco. Many people think that marijuana smoke has the same risks as cigarette smoke. But, commercial tobacco has about 600 ingredients that create over 7000 chemicals when burned.

Tobacco companies add a variety of harmful substances to their products, but marijuana flower and concentrates have few to no added ingredients. You only need to take care with marijuana smoke because all kinds of smoke have irritants. Cannabis smoke has about as many irritants as the smoke and charring that comes from roasting marshmallows.

The Final Verdict: Vape If You Can or Smoke Responsibly

As you can see, the choice between vaping and smoking depends a lot on your preferences and circumstances. We recommend vaping marijuana if possible because of the irritants that smoking produces. However, we also understand some patients face barriers to vaping that they don’t deal with when they smoke.

Inhalation provides some of the fastest relief available, and sometimes you only have inhalation as an option for your treatment plan. When you choose any medical treatment, you must consider if the benefits outweigh the risks. The risks and benefits of these two methods vary by patient, making every situation different.

Still confused about methods of medicating with cannabis? You don’t have to decide on a marijuana medication by yourself. For help deciding on a medical marijuana product, book an appointment with a cannabis-trained doctor who can give you personalized advice. 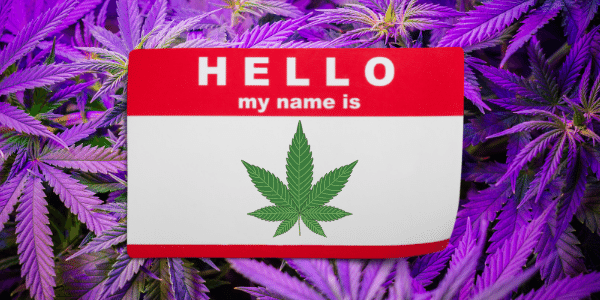 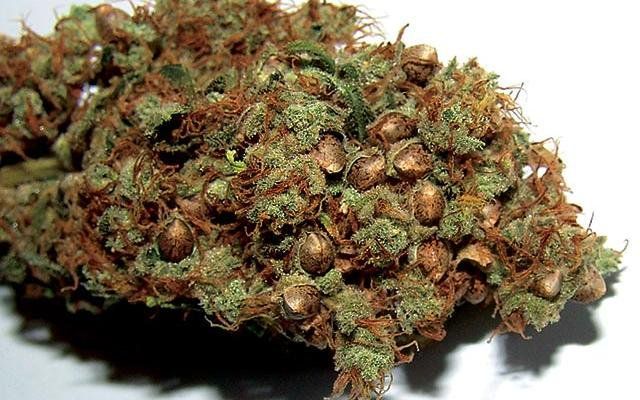 Seeded Weed? Is it Okay to Smoke It?

What to Know About Topical CBD Treatments