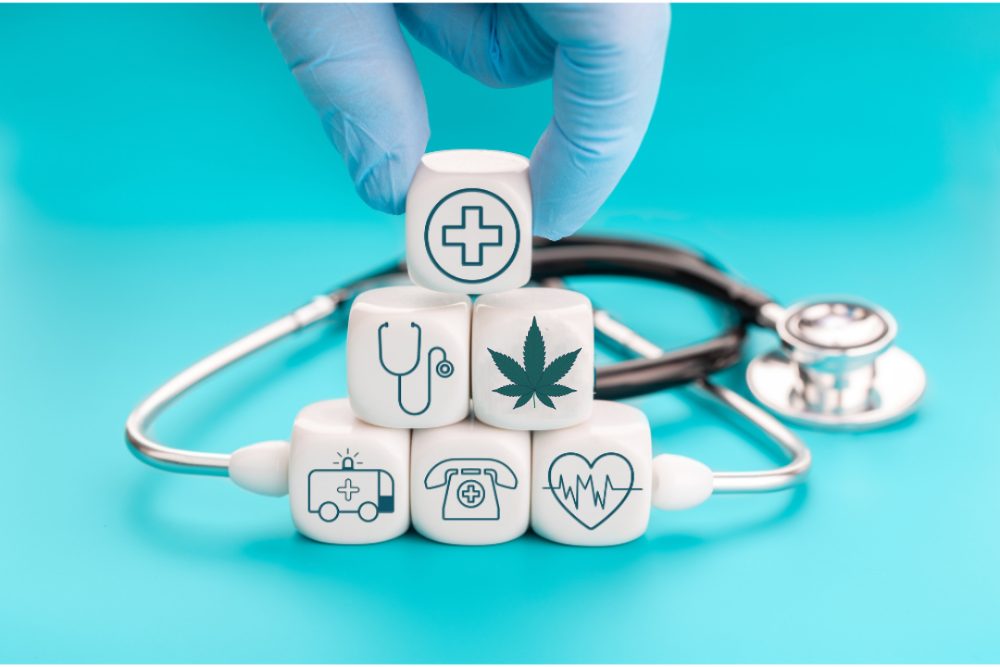 Now that marijuana legalization, aka reefer madness is taking over the country, many in the medical cannabis community are wondering if health insurers should cover cannabis treatments.

Medical marijuana is available in various forms, and pricing varies. Despite being better tolerated and more preferred than many prescription drugs, cannabis is quite expensive for some patients. Disparities in accessibility and costs continue to make marijuana an affordable short-term option for those with limited financial means in need of long-term treatment.

Continue reading to learn more about why medical/health insurers don’t cover medical cannabis and why they should.

Currently, marijuana has been decriminalized in over 19 states for recreational use and in over 38 states for medicinal purposes. Yet its popularity with the public has done little to sway the minds of lawmakers and health insurance regulators. There are various reasons why health insurance does not include marijuana as a covered benefit.

Research is limited on the positive and negative effects of cannabis, preventing scientific and medical researchers from developing new and more effective pharmaceutical manufactured marijuana and cannabinoid-based medicines.

Below are the biggest barriers to medicinal marijuana insurance coverage.

Marijuana Use is Still Illegal Under Federal Law

Marijuana is currently federally classified as a Schedule 1 drug or illegal substance. Drugs in this class have a high potential for abuse and include heroin, cocaine, ecstasy, LSD, and other highly hallucinogenic substances. There is emerging evidence on the medicinal and therapeutic properties of cannabis and an increasing number of states across the country are decriminalizing marijuana for personal, recreational, and medicinal use. Still, the federal government and health insurers do not recognize its potential as a safe and effective medication.

As long as cannabis remains federally classified as a Schedule 1 drug under the Controlled Substances Act, it has “no accepted medical use” to health insurers.

Those living in areas where medical weed is legalized are still prohibited by federal law from possessing, selling, purchasing, cultivating, or sharing cannabis. Fortunately, legal and government officials in jurisdictions with medical and adult-use cannabis laws on the books look the other way on criminalization issues as long as users comply with their regulations.

Sadly, that means medical providers are barred from directly prescribing it to patients. But, they can, thanks to the First Amendment of the U.S Constitution, make recommendations or provide authorization for marijuana treatments.

The bottom line is that until the Drug Enforcement Administration (DEA) changes its classification of cannabis, insurance companies won’t cover it, not even for those with valid recommendations for treatment cards and extenuating medical circumstances. 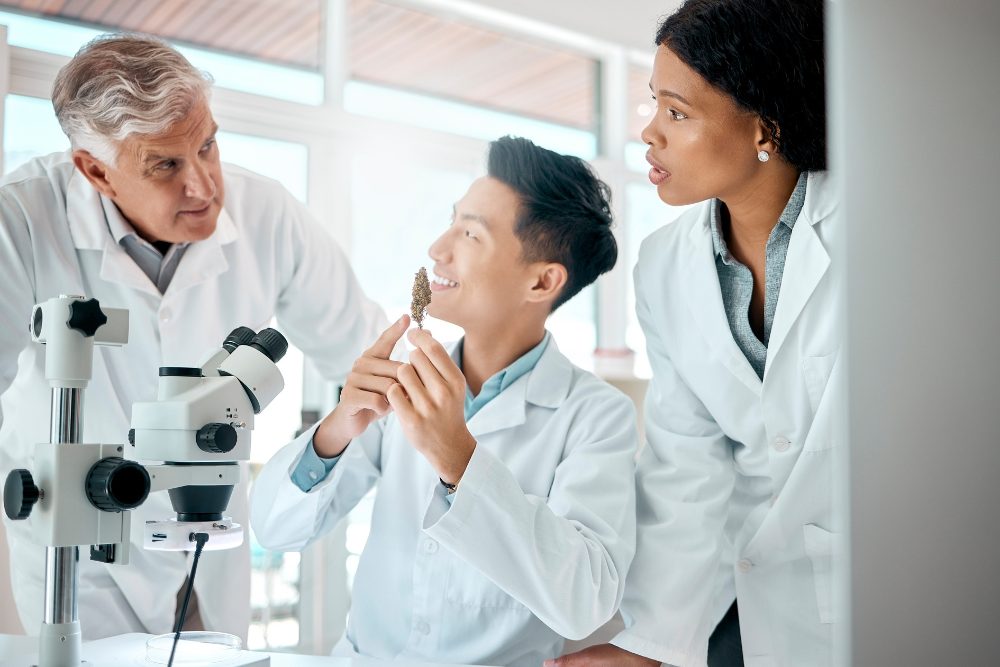 Another consideration regarding insurance and medical cannabis is the lack of medical and scientific research. In order to be covered by health insurance, approval is required by the Food and Drug Administration (FDA). Rarely do health insurers make inclusions for medical drugs or treatments that lack FDA approval.

The problem is that in order to receive FDA approval, there has to be significant clinical evidence on the beneficial and adverse side effects of cannabis on users and the conditions implicated for treatment. Currently, medical and scientific proof is lacking due to the legal barriers caused by marijuana’s status as a class 1 substance. There’s also the glaring issue that there’s nothing in place guaranteeing insurers will add it as a covered benefit when full decriminalization and legalization occurs at the federal level.

There are also concerns about product quality. FDA approval requires cannabis cultivators and medication manufacturers to adhere to specific standards to ensure product quality and safety.

Without FDA approval, users are at risk of using non-regulated medicinal products. The dangers of doing so are as follows:

Even if marijuana is rescheduled into a lower class of drugs, thus eliminating the criminal aspect of exploring its effects on various medical conditions and health symptoms, FDA approval isn’t immediate or guaranteed. There is a time-intensive testing phase in which significant federal medical research and evidence must be gathered before approval becomes an option.

Until marijuana receives federal decriminalization and FDA clearance, THC-based products are prohibited for purchase, distribution, and interstate commerce. States with active medical marijuana regulations and laws, however, may sell THC and CBD products at their discretion.

There’s no shortage of claims and reports from the medical cannabis community and recreational users on the beneficial effects of marijuana on health and well-being. No one can dispute the authenticity of user experience. Still, the health insurance companies along with the medical and scientific communities are managed by professionals who are either biased or unwilling to consider medical or health insurance coverage. Mainly, due to the failed war on drugs and rampant personal and professional misconceptions and stigmas regarding cannabis.

Medical marijuana remains in the realm of unmitigated risks and liabilities. Also, insurers rarely make provisions for new drugs or treatments without consensus from insurance regulators. Even if insurers were to consider approving medical marijuana as a health benefit for patients, it would take years of testing and research after federal rescheduling and decriminalization to amass enough evidence to garner FDA approval.

Health insurance may not cover medical cannabis costs directly, but in some states where it’s legalized, patients with limited financial means to procure their medical marijuana license and treatments, may qualify for reduced marijuana registry recommendation fees.

Cannabis contains cannabinoids that are reportedly beneficial for various medical conditions. CBD, unlike its more widely known counterpart, THC, the cannabinoid responsible for the hallucinogenic effects associated with cannabis use, CBD is non-psychoactive. It is one of hundreds of cannabinoids that are extremely useful in fighting inflammation, anxiety, depression, nausea, pain, insomnia, suppressed appetites, and more.

Despite the many benefits of medical cannabis, there are some risks associated with long-term use and high THC strains, such as food cravings, psychosis, motor and mental skill impairment, and extreme cyclic vomiting.

Currently, there are a limited number of cannabinoid-based medicines with FDA approval available by prescription only. The most notable include Epidiolex, the only prescription-based CBD-rich medication of its kind that is primarily prescribed to individuals with certain seizure disorders like epilepsy.

There are also many copycat and synthetic versions of cannabis and CBD available that are marketed to both medicinal and recreational users alike. These medications are also covered by health insurance.

Synthetic THC medications include Syndros, Marinol, and Cesamet. These products are typically reserved for those with severe, debilitating, or terminal conditions, such as cancer and wasting disease (cachexia).

Despite the positive effects of these cannabinoid-based medications, there is evidence highlighting some potential risks like diarrhea, tiredness, and liver problems. In some patients, these medications can cause unpredictable adverse reactions that compromise liver health. Currently it’s unknown if these adverse effects are reversible with treatment cessation.

The main difference between synthetic THC and natural THC-based medications is synthetic versions are reportedly more potent. However, their full long-term effects are not known. Still, many patients opt for the real thing when given the option of using synthetic cannabis-based medications.

There are additional downsides to synthetic cannabinoid, most notably:

Besides THC, CBD, CBN, and CBG, there are 100 available and hundreds more unknown cannabinoids in the marijuana plant. Organic or natural cannabis based medicines are reportedly more beneficial to users. Unlike current prescription cannabinoid and synthetic based THC treatments, they don’t lack the other cannabinoids or terpenes that naturally occur in the cannabis plant. These properties are responsible for the various effects marijuana has on the mind and body. 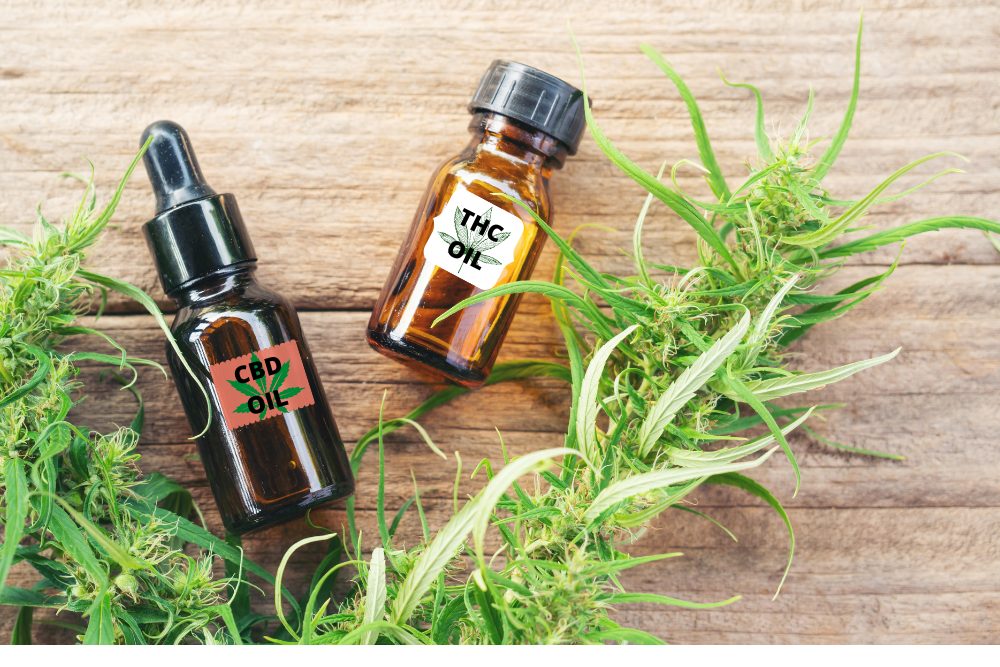 What’s the Difference Between Medical Marijuana and CBD?

CBD and THC are two naturally-occurring cannabis cannabinoids. Both cannabis and hemp produce CBD and THC. However, THC cannabinoids are more abundant in the cannabis plant. Hemp has higher amounts of CBD. CBD derived from the marijuana plant is more psychoactive than hemp-derived products.

There is evidence that CBD has anxiolytic and anti-inflammatory effects. This compound, like THC, also binds to neurotransmitters in your brain and affects things like mood, memory, appetite, pain, and sleep. With THC rich strains, it’s the combination of cannabinoids that magnifies their effects (a phenomenon known as the entourage effect), making them more beneficial to users. Unlike CBD sourced strains that have fewer cannabinoids and more targeted effects.

CBD is arguably one of the most popular cannabidiols found in the marijuana plant, besides THC (delta-9-tetrahydrocannabinol). Its widely reported benefits include:

CBD is also beneficial for those seeking to overcome substance abuse and addiction disorders.

Marijuana legalization has paved the way for certain states to allow the production, sale, and purchase of medical marijuana and CBD-based products. CBD is also available for patients in states where THC cannabis products are prohibited.

Medical CBD and cannabis laws vary per jurisdiction. Until policy makers change their stance on the safety and efficacy of cannabis and loosens restrictions on medical and scientific research, the development of new and more effective pharmaceutical manufactured marijuana and cannabinoid-based medicines remains impossible.

Until then, health insurances won’t cover CBD- or THC-based medications that are unregulated by the FDA. 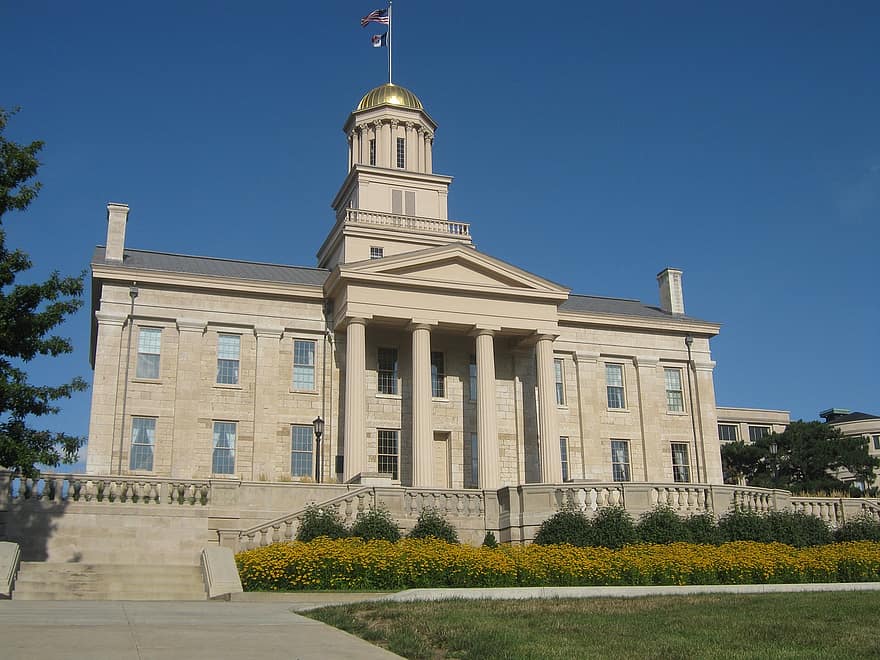 What to Do If You Get Too High