Scromiting and Weed: You Can Overdose (Sort Of)

Scromiting and Weed: You Can Overdose (Sort Of) 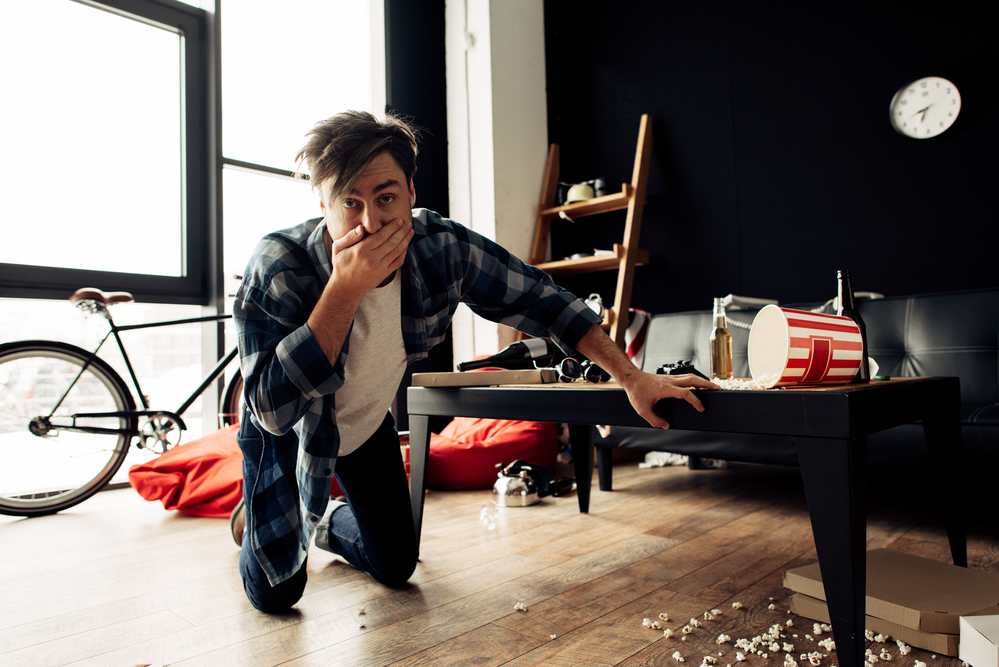 You’ve probably heard online that there are no deaths directly linked to overdosing on cannabis. So what is scromiting? The same thing can’t be said for other things like alcohol, opioids, or other types of controlled substances. There are more dangerous things than cannabis in the Schedule 1 category when it comes to off-label use.

To date, there is no recorded instance of a death where cannabis was the sole factor. The sole reason that the individual lost their life. But that doesn’t mean that smoking or ingesting too much cannabis is safe. Or that it doesn’t have some side effects. Particularly for high-potency strains.

But since cannabis has a reputation for being a ‘do no harm’ medicinal and recreational drug, there are some misconceptions about consuming it. You can’t get “too high” on cannabis where it might be unpleasant for you?  Yep, you can. And it can be really unpleasant and even dangerous to exceed your body’s threshold for THC.

Potency of Cannabis Today: Why It’s Nothing Like What Your Parents Smoked

Have you read recently that some states that legalized both medical cannabis and adult-use are going to place a legal potency cap? Most states launched their medical programs without indicating a maximum potency. Or they placed that potency as a maximum of 30%.

But in states that legalize recreational cannabis, concentrates are introduced as a new option. Most cannabis programs start with no edibles and no smokable marijuana, usually tinctures, capsules, and topicals. When a state opens up the recreational market, however, the product assortment usually includes concentrated cannabis.

Concentrates have always existed. But is the cannabis that you are buying today comparable to what was sold in the United States twenty years ago? Not even close. In fact, in the 1970s and 80s, most marijuana averaged around 15% THC.  And concentrates would be about double that, approximately 30% to 40%. Today, some dispensaries sell concentrates in the 60% to 80% or higher range—more than double the historical potency.

And that is creating a few problems that legalized states are acknowledging and trying to fix. That is why you will probably see many more states instituting a cap on potency (for all types of cannabis) soon.

None of the states are proposing to roll back cannabis legislation.   Regardless of whether the federal government passes the MORE Act to decriminalize and legalize marijuana, legal weed is here to stay.  At least at the state level. And some have seen hundreds of millions of dollars invested by multistate operators (MSOs) to cultivate, process, and retail cannabis.  Legal cannabis in the United States is not going away.

Now that the medical and/or adult-use programs are working, some states have had a few years to reflect on the impact of legal marijuana. Colorado recently announced that it planned to institute a cap on potency. However, the new legislation also allows physicians to make a particular recommendation for higher potency medical marijuana as needed. For patients in end-of-life care or hospice, for example.

Some physicians openly support a cap on dispensary-sold cannabis products. Because that means if someone needs a higher potency, they must speak to a physician. That’s a good thing because the procedure for appealing maximum potency also involves a health study and report.

So, that means only the people who need the stronger stuff are going to get it.  And some are in favor of this, and unsurprisingly, some are very opposed to a THC potency cap.

High-Potency and Starting to Consume Cannabis at a Young Age: The Long-Term Side Effects

As an earlier adopter of legalization, Colorado has had more time to review the impact of legal weed societally.  And what new clinical research has shown is that young adults and teens are accessing concentrated cannabis in higher numbers.

New clinical studies suggest daily or frequent use of cannabis during the formative or developmental years (0-21) is bad. For kids, cannabis can cause cognitive and psychological impairments. While the brain and body are developing, cannabis can have a negative impact on children’s health.

Children are not being prescribed concentrated cannabis. One study explained that getting concentrates and weed got much easier when one or more parents in the home use cannabis. It’s in the house, and if you have ever sampled your dad’s liquor cabinet as a kid, you know how it works.

If it is in the home and not controlled or locked up, children could get their hands on concentrates, which are most dangerous. Also, Colorado will be reducing the amount of concentrates an individual can buy at a dispensary.

First, when we describe what Scromiting is, you may compare it to being alcohol intoxicated. You drank, smoked too much. Hopefully, it’s not going to involve a trip to the hospital because, after all, it’s weed, right? Who gets rushed to the hospital in an ambulance after smoking weed?

That is part of the prevailing culture about cannabis. There is no possible harmful outcome if you smoke too much or ingest or smoke cannabis with a high potency concentrate. But it’s not good.  And in some cases, it can be life-threatening and cause permanent side effects.

Scromiting is the slang term for Cannabinoid Hyperemesis Syndrome (CHS). There have been fatalities due to CHS recorded, but they are rare.  Nonetheless, the condition is not only panic-inducing; it can cause lasting serious damage to major organs.

For someone to develop CHS, they have to be using high potency cannabis daily for weeks. Do you know anyone who fits this category? Many patients use cannabis medically daily; however, they typically are not using concentrates that range in the 70% to 90% THC potency.  It can cause cyclic or persistent vomiting.

Where did the term ‘Scromiting’ come from? The first incident of the use of the term seems to be from 2004 with a single case in Australia. However, the unique case was not documented.  The word has come to mean “screaming and vomiting.”

Why the screaming? Imagine having persistent cyclic vomiting that doesn’t go away? After a while, it hurts your stomach and your muscles, and it is scary.  All those features could account for the ‘screaming’ part of the condition.

Will Cannabinoid Hyperemesis Syndrome (CHS) Go Away By Itself?

Symptoms may subside, but the reaction is usually so severe that it requires medical intervention. Some people report that a hot show can help slow down the vomiting or GI contractions. But the majority of people visit an emergency room or urgent care clinic for medical help.

Physicians in Colorado loudly opposed the legalization of medical marijuana. Or at least some of them did. There was a study conducted in 2015 that reviewed 238,357 patients over a period of two years. In that time, there were 128 cases of cyclic vomiting. And 44 of them were attributed to marijuana abuse and overuse.

It is not hard to understand why Colorado has moved to put a cap or maximum on THC levels. And another hospital study reported that out of 130 million emergency room visits annually, 17,290 cases were for CHS. The diagnosis rate rose from 2.3% to 13.3% from 2006 to 2013. The age of the highest statistical correlation between heavy cannabis use and CHS is 18-29 years.

Some in the medical community (particularly in Colorado) feel the diagnosis rate is going up substantially because of the legalization of cannabis combined with higher potencies. And that setting a potency cap would reduce instances of CHS and ‘Scromiting.’

The Symptoms of Scromiting or Cannabinoid Hyperemesis Syndrome (CHS)

If you have ingested a large quantity of cannabis over a few weeks, you may start to experience some of the symptoms of CHS. Remember, CHS happens most often with people who smoke high-THC cannabis, multiple times per day, for weeks or even years in succession.

Some of the common symptoms of CHS include:

It is surprising to some, but cannabis diarrhea is a common thing.  That is because the human gastrointestinal (GI) tract receives messages from the endocannabinoid system.  Some of the elements of cannabis change the functioning of the GI system.

Cannabis diarrhea is most common when people ingest cannabis-infused oils.  But many clinical studies also suggest that cannabis can be helpful for a variety of digestive disorders.  Patients use medicinal marijuana to treat ulcerative colitis, vomiting, inflammatory bowel disorder (IBD), and more.

Some patients who experience severe nausea during treatment for cancer (chemotherapy) also report that cannabis can help ease gastrointestinal upset.

What Should You Do If You Start Scromiting?

Cannabinoid Hyperemesis Syndrome (CHS) is a severe condition.  The only cure for it is to stop using cannabis entirely.  It results from the bodybuilding a toxic reaction to cannabis, almost like a severe allergy that can do significant damage to your health if ignored.

In many cases, the symptoms of CHS will go away after a couple of days.  In that period of time, consulting with a physician or urgent care clinic is recommended.  Dehydration is also a problem, so increasing the intake of water can be beneficial. In terms of slowing down the vomiting, some prescription medications can help. 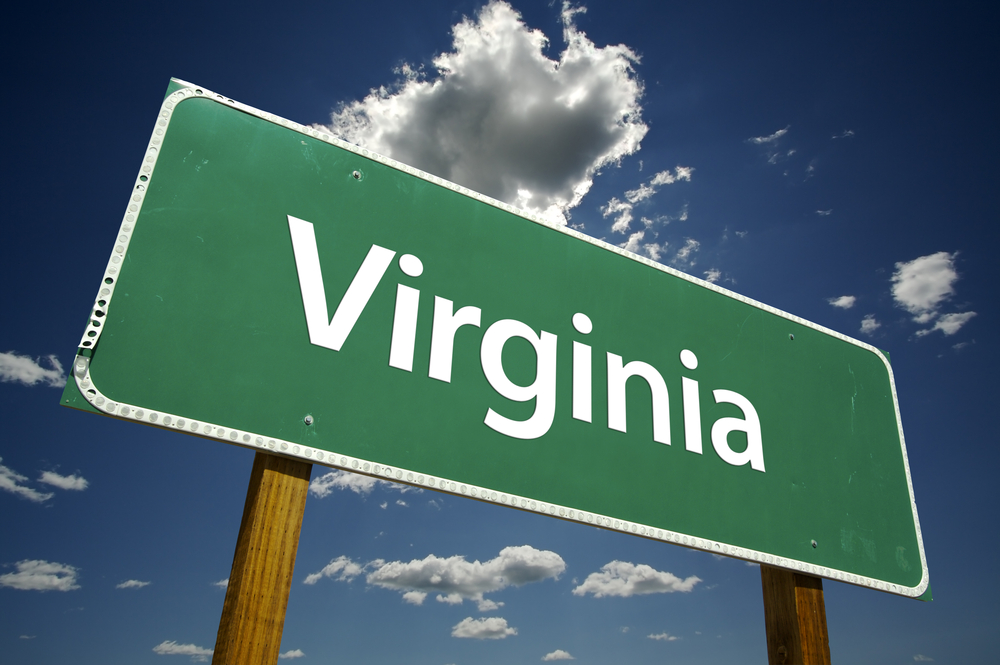 Virginia Pushes Back Cannabis Legalization to 2024 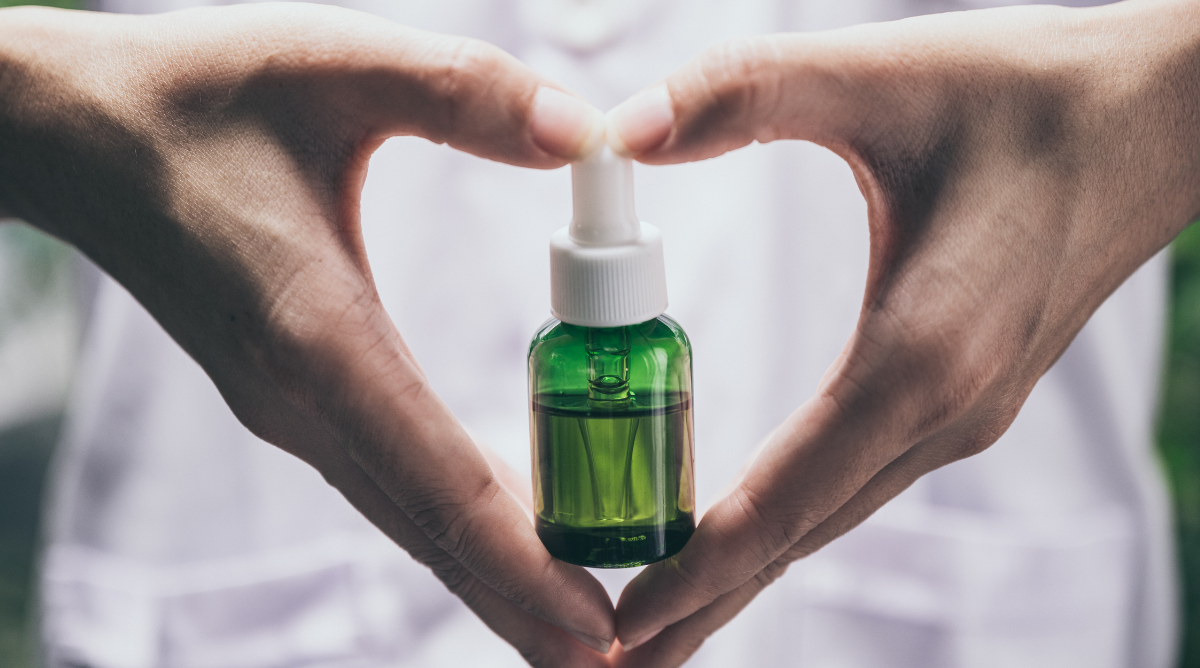 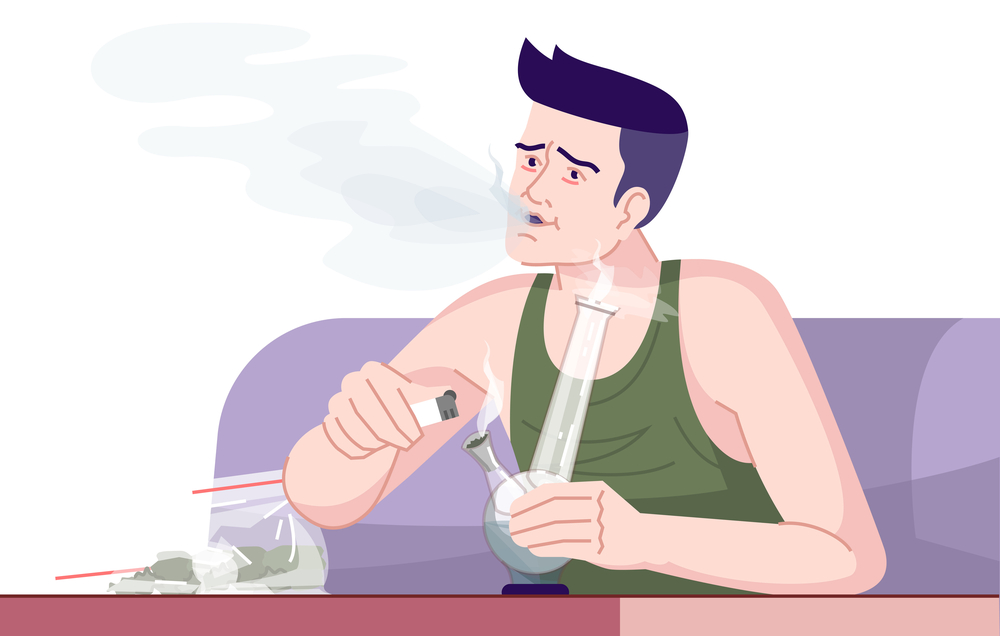 ‘No Pain’ Indica Strains to Celebrate 420