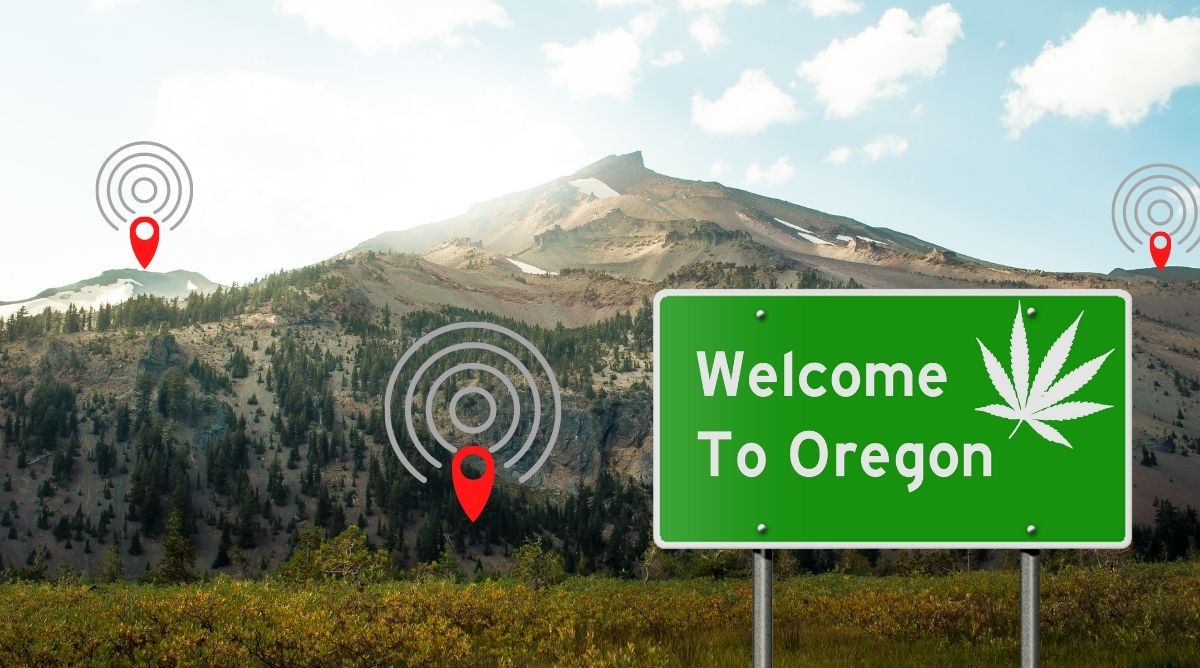 When you think of states that are progressive about alternative medicines, does Oregon come to mind? States like Colorado and California steal the spotlight when it comes to legalization and decriminalization.

But Oregon started down the path to decriminalize cannabis earlier. In fact, medical marijuana has been legal in the state since 1998.  And adult-use (recreational) has been legally available since 2014.

Growing cannabis at home has been legal since 2015. Adults aged 21 or older can possess up to 6 plants.  But they must register with the state to be authorized to grow at home.  And people who home grow can have up to twenty-four (24) ounces of marijuana.

For seven years, licenses have been available in Oregon for commercial cannabis growers.  And the system seems to be working well.  With one exception.  There are more unlicensed and illegal growers in the state of Oregon than licensed cultivators.  And we’re not talking about the guy with 12 plants in his garage, instead of six.

You may be asking yourself why any municipality in Oregon would be sounding a serious emergency alarm because of illegal growers. Because typically, unlicensed growers get caught and then shut down.  But in Oregon County, the number of illegal growers is so high, that they have asked for help from the National Guard to regulate their ‘grow woes’.

People are wondering what is really going on in Oregon, that has illegal grow operations sprouting up faster than they can close them down.

Oregon Didn’t Legalize All Drugs: It Decriminalized Personal Use

Lawmakers in OR believe that citizens have a ‘right to try’ any kind of medication.  That means if you have a health condition that is disrupting your quality of life (i.e., chronic pain), no one should stand between you and alternative medicine.  One that could help manage your symptoms better than conventional medications.

To that end, in December 2020, Oregon became the first American state to decriminalize all drugs.  That means possession of heroin, cocaine, peyote, methamphetamine or other drugs is not a criminal offense in Oregon.

That does not mean that you are allowed to manufacture or possess large quantities of any drug. Specifically, the laws stated that personal use amounts would not result in a drug charge.  That means a small amount of a controlled substance, won’t create a permanent record with a misdemeanor or felony charge.  Just a $100 fine.

There is a misconception that Oregon basically legalized all controlled substances or adult-use drugs.  That is not the case.  What the state decided was to stop incarcerating citizens for personal-use amounts.  And to allocate the money used for investigation and legal processing, as well as incarceration costs for better things.  Like drug addiction programs.

You may be thinking that is why cartels have decided to set up shop in Oregon.  But the decriminalization laws only apply to possession in small amounts.  Personal use amounts in Oregon’s Measure 110 were defined.  And manufacturing, distributing or illegally selling any controlled substance is still a felony offense in Oregon.

The “Yes on Measure 110” campaign in Oregon was actually funded by Drug Policy Alliance (New York).  The same group supported the legalization of adult-use cannabis in Oregon in 2014.

The problem doesn’t exist throughout the state. Yet. Because once the crackdown on illegal grow-ops begins, they will likely move to other regions in Oregon.  Because that is what unlicensed grow operations do.

Police can shut down a grow operation, but chances are it is just one of many owned by the same individual or group of people. One gets shut down, another one opens up.  In the month of September 2021 alone, there were over 100 illegal grow operations discovered in Oregon County, OR.

The scale of the illegal grow operations in Oregon County is also not small. According to an article shared by Oregon Public Broadcasting (OPB) the cannabis grow-op raids in Southern Oregon are producing large volumes of weed.

In October 2021, police raided one illegal grow up in Oregon. They seized 17,500 plants and over two tons of processed cannabis bud.  Another raid in early October closed a big outdoor illegal grow-op and seized 3,900 pounds of bud.  The operation was staffed by twenty-six migrant workers.

Sparse Law Enforcement in Some Areas Allowed Cartels to Move In

While some of the illegal grow operations in Southern Oregon are started by local residents, that is not the biggest problem.  Criminal cartels have moved into the sparsely populated areas of Southern Oregon.  Regions that have scant law enforcement as well.

Oregon Public Broadcasting reported that hundreds of cartel operations set up shop in Southern Oregon in Spring of 2020.  The shere numbers help ensure that the cartels turn a profit, even if they lose a few locations to law enforcement.

Jackson and Josephine counties in Oregon, are immediate to the north of the legendary Trinity, Mendocino, and Humboldt counties in California. Where much of California cannabis is grown.

Demand for Cannabis Outside of OR: Following the Weed Distribution Trail

Your first thought might be that the demand for cannabis exceeds supply in Oregon. Why else would the state attract so many illegal growers? And if you are thinking that marijuana must be expensive in Oregon, it’s not.  Oregon is one of the cheapest states in America to buy cannabis at a dispensary.

The unlicensed and criminal grow-ops sprouting up all over Southern OR are exporting outside of the state on the black market. Whether that means Cartels are supplying manufacturers of cannabis products in other states is a strong possibility.

The volume of cannabis being illegally produced and shipped out of Oregon is staggering.  While black-market distributors have effective networks to sell raw cannabis bud to consumers, that may be less lucrative.  Cartels could be supplying processors with cheap weed.  Manufacturers that create products like vapes, edibles, cannabis-infused beverages and tinctures.

Delta-8 derived from hemp is legal in some states. But it is also currently banned or restricted in 19 states.  But the demand for Delta-8 has exploded.  While the federal government closes in to regulate or ban the semi-synthetic hemp-derived product.

Tons of cannabis is being illegally produced in the state.  Where is it all going? An important question since legal grow operations are not allowed to sell cannabis to businesses in another state.  It is a felony offense to cross any state border with cannabis. Even between regions that legalized recreational weed.

But you have to wonder where all the illegal weed being grown in OR is going. Especially since the state has no problem with supply and demand through legal providers. 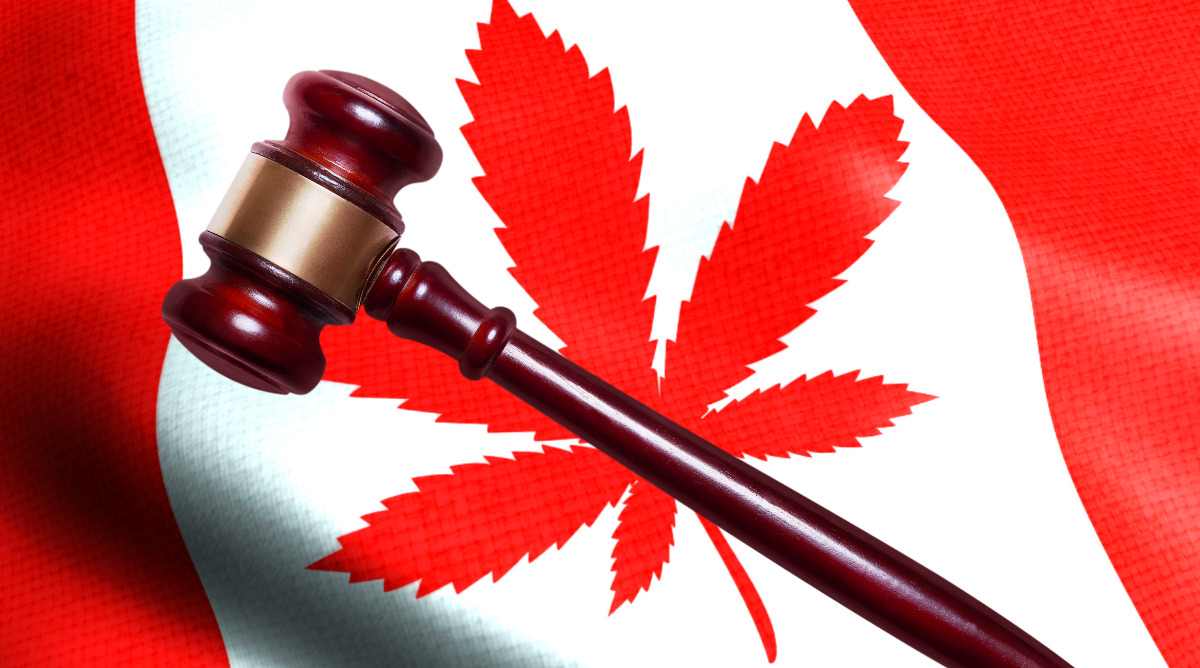