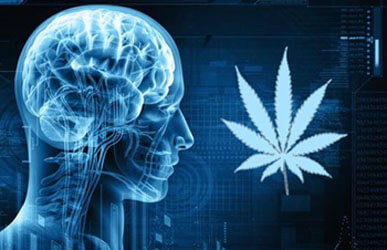 The focus on medical marijuana use has been mainly on physical diseases such as cancer, fibromyalgia and other medical issues. Newer studies, however, are exploring the benefits of using medical marijuana for treating mental illness. Many individuals who suffer from emotional disorders of one type or the other have a tradition of self-medicating with marijuana. Some have even claimed that its use is more effective than prescribed medications. Current studies show mixed results, depending upon the nature of the mental disorder in question. Another factor in the successful use of medical marijuana in treating mental disorders is which of the main chemicals in the cannabis are prevalent.

Treating depression with medical marijuana has been studied more than any other mental health use for cannabis. Initially, it was thought that depression was actually increased by the use of marijuana, but that is being shown as a misconception that has been based on uncontrolled observances. When depression is the only mental health disorder in question, THC alleviates the symptoms of depression. A study was performed that tested the ability of men to mimic both positive and negative expressions while smoking marijuana. It was easy for the participants to mimic positive expressions, but many failed to effectively mimic the negative expressions. MRI images showed that the part of the brain responsible for negative emotion was dulled with the use of cannabis.

Anxiety disorders include such things as obsessive-compulsive disorder, PTSD, social anxiety and general anxiety with no known trigger. Medical marijuana with a high level of THC tends to increase anxiety, but when CBD is the main component, studies such as this one show a significant decrease in anxiety symptoms. This is particularly interesting in the case of PTSD, where anxiety is the main disorder. The important factor is in which of the main chemicals present in the cannabis used is prevalent. It is also important to monitor progress in the beginning as the studies indicate effectiveness is based on dosage amount. Once the ideal dosage is determined, anxiety disorders are positively alleviated with marijuana use.

Bipolar disorder is one of the most difficult emotional disorders to treat. Medication needs to involve two or more prescriptions in many cases because of the dual nature of the depression and mania. Of those individuals who self-medicate with cannabis, bipolar disorder is the most prevalent one being experienced. Individuals report that they feel a relief of both depression (due to the THC) and the anxiety of mania (due to CBD). It has also been found through studies that marijuana use improves cognitive functioning by encouraging greater focus, something that is needed in manic episodes in particular. At this point, official studies have been scarce but positive. This is one mental health disorder that is showing a great deal of promise for the use of medical marijuana.

Not all is positive where the use of cannabis for mental health disorders is concerned. While the use of cannabis is showing promise in many mental health disorders, it is proving to be something that should not be considered for schizophrenia. Schizophrenia is characterized by delusional thinking and often paranoia. For individuals who have a predisposition for such symptoms, cannabis seems to enhance this tendency. Because of the number of chemicals present in cannabis, it may be that one will eventually be found to be helpful in treating schizophrenia, but for now, it is one of the few disorders that may be made worse with marijuana use.

The effects of using marijuana for treating mental disorders is showing great promise in the majority of circumstances. Official studies in this area are just now gaining interest in the scientific community and only time will be able to allow us to make a definite statement as to the effectiveness of cannabis on mental health disorders. The early results, however, are showing that except in the case of schizophrenia, those who have self-medicated for years may have been on the correct path for centuries. Because the brain is such a complicated organ, however, it is necessary to continue exploring this area further. For now, the future use of medical marijuana for the alleviation of mental health disorders is showing positive results on a regular basis.