Medical Marijuana in the Military

Medical Marijuana in the Military

Posted by Marijuana Doctors on 04/17/2018 in Medical Marijuana

While many states have approved and legalized the use of marijuana for medicinal purposes, the U.S. federal government still has not. The Food and Drug Administration (FDA) continues to classify marijuana, medical or otherwise, as a Schedule I narcotic.

As long as the federal government considers marijuana a narcotic drug, the U.S. military cannot condone its use. But there’s more to it than this, as many states have approved and legalized medical cannabis for a growing list of qualifying conditions.

What Conditions Has Medical Marijuana Been Approved to Treat?

Each medical weed state has its own regulations covering the types of conditions that qualify for cannabis recommendations. Some cities have their own regulations related to medical marijuana in addition to what states decree.

Some conditions approved by various states for treating patients with a medical marijuana card include:

Plus a host of other qualifying ailments. More and more states continue to move in the direction of approving cannabis for serious medical conditions.

Can You Join Military If You Use Medical Marijuana?

The long and short answer to this question, unfortunately, is “no.” The federal government has made its stance on the use of marijuana clear.

Despite the fact that many U.S. states have legalized the use of medicinal cannabis, the federal government still views it as an illegal substance. You can still face federal charges for possessing or consuming medical marijuana.

Questions You’ll Be Asked as a Military Candidate

Military recruiters ask potential members many questions. Several of them relate to drug use:

Furthermore, some of the conditions qualifying for treatment with medical marijuana would disqualify you from military service. Some of the health conditions potentially barring you from enlistment include:

If you are taking medical cannabis for one of these health conditions, you’re likely ineligible for military enlistment.

What Is the Military’s View on Medicinal Marijuana?

The military’s hands may be tied, courtesy of federal laws prohibiting the use of medicinal marijuana, despite many states allowing its use for a variety of conditions. The military doesn’t make exceptions and cannot bring soldiers into the fold who depend on cannabis to treat a health condition. Unfortunately, this leaves many soldiers turning to medications with severe side effects and addiction potential to treat their conditions.

Soldiers, injured in the line of duty, are commonly prescribed opioid medications to manage the pain during their recoveries. These medications, while legal when prescribed, offer serious side effects and lead to serious risks of addiction and/or overdose for the soldiers taking them. It’s the men and women who serve their country who some believe are paying the price for this adherence to tradition and outdated regulations.

CNBC revealed a few startling statistics about veterans and opioids, including the following:

Even more startling is this fact: Although there are claims marijuana is a gateway drug, four of every five new heroin users began with prescription pills.

The U.S. Department of Veterans Affairs (VA) is caught in the middle when it comes to medical cannabis. The evidence that medical marijuana can effectively treat many of the disorders currently overwhelming the overburdened VA health system is clear. At the moment, federal regulations, however, have tied the VA’s hands and offer no middle ground.

While the VA health system cannot offer treatment in various state medical marijuana programs — because it’s required to abide by federal laws regarding marijuana — soldiers who choose to seek health care outside the VA for medical marijuana are not barred from eligibility for other VA services or medical care.

This is important because, to effectively treat patients within the VA healthcare system, VA physicians and providers must be able to receive full disclosure about treatments patients are receiving from other physicians. This includes treatment with medical marijuana.

These are a few key details you might want to know about the VA and medical marijuana:

The Veteran’s Administration goes on to clarify that VA physicians are encouraged to discuss medicinal cannabis with patients during their discussions for care and treatment planning and should adjust other therapies accordingly if patients are taking medical marijuana. This will help prevent redundancies, reduces overdose risks and help doctors treat other conditions more effectively.

The encouraging news is that these doctors, who are bound by confidentiality, cannot discuss the patient use of medical marijuana or disclose it to the U.S. government. This allows patients to explore all the treatment options available to them without the fear of arrest for merely admitting to using marijuana.

The American Legion, a patriotic veterans organization, recently conducted a survey revealing the following interesting facts about veteran households in the U.S.:

The American Legion continues its work advocating for the rights of the men and women who serve this country, including in these ways:

The advocacy doesn’t end there. The American Legion is also calling for Congress to move marijuana from the Schedule 1 classification to one that, at the very least, recognizes its potential medicinal value.

Are the Tides Turning for the U.S. Military?

The problem with medical cannabis and the military is simple: There is a divide between state law and federal law on the issue. Since federal law governs the military, it must abide by the tenants of the federal government, even when at odds with the states where bases exist, veterans call home, etc.

There may be a light at the end of the tunnel, though. According to Green Rush Daily, U.S. Marine Sergeant Sean Major is attempting to become the first active duty military member to be permitted the use of medical marijuana.

While medical marijuana is currently disallowed for military members, Major is seeking special approval to use medicinal pot while remaining on active duty in the Marine Corps.

Marijuana and the Modern Military

A recent article appearing in Army Times reports this land operation branch of the military force is looking to recruit 80,000 new soldiers in the coming months. The Army plans to accept soldiers that may appear less than desirable, according to current military standards, including those who have admitted to smoking marijuana.

They plan to do that by accounting for other recruitment criteria, such as potential recruits who excel on the Armed Services Vocational Aptitude Battery (ASVAB) test, by issuing waivers.

The U.S. Army is considering issuing more of these waivers in an attempt to encourage those who have scored higher on testing to become soldiers. This is important, since studies have shown higher ASVAB test scores correlate to greater efficiency and effectiveness as soldiers.

Because so many states have legalized the medicinal and/or recreational use of medical pot, it is difficult to recruit soldiers who have not regularly partaken in states where the drug is now legal.

More importantly, shifting views about marijuana have made it possible to accept that occasionally smoking weed as a teenager does not necessarily indicate a pattern of misconduct that would interfere with performance as a soldier in the United States Army.

What Does the Supreme Court Have to Say About Medical Cannabis?

The U.S. Supreme Court ruled in 2002 that doctors have a First Amendment right to provide patients with a recommendation for medical marijuana as long as they, themselves, do not provide the medical marijuana to their patients. This ruling extends to VA doctors.

Unfortunately, policies within the Veterans Health Administration were slow to change. The good news is they have finally caught up and doctors, while not allowed to prescribe medical marijuana, are now able to discuss it openly with their patients and include the possibility of using marijuana as part of an effective treatment plan for patients with qualifying conditions.

These are just some of the ways our military service members are suffering because of the classification of marijuana on the federal level:

Today, the benefits of medical marijuana are becoming more widely known and understood. But currently, many of the men and women who serve our country in the military are unable to access medical cannabis — individuals who may reap the herb’s benefits. The treatment could potentially save lives, alter life paths and help people suffering from chronic pain, PTSD, cancer and a wide variety of other mental and physical health conditions.

If you are interested in learning more about medical cannabis, MarijuanaDoctors.com is a comprehensive source of medical marijuana knowledge and resources for physicians, dispensaries, patients and — depending on your state of residence — soon-to-be patients. Patients and caregivers can search for a marijuana doctor or find a cannabis dispensary in our comprehensive directories. 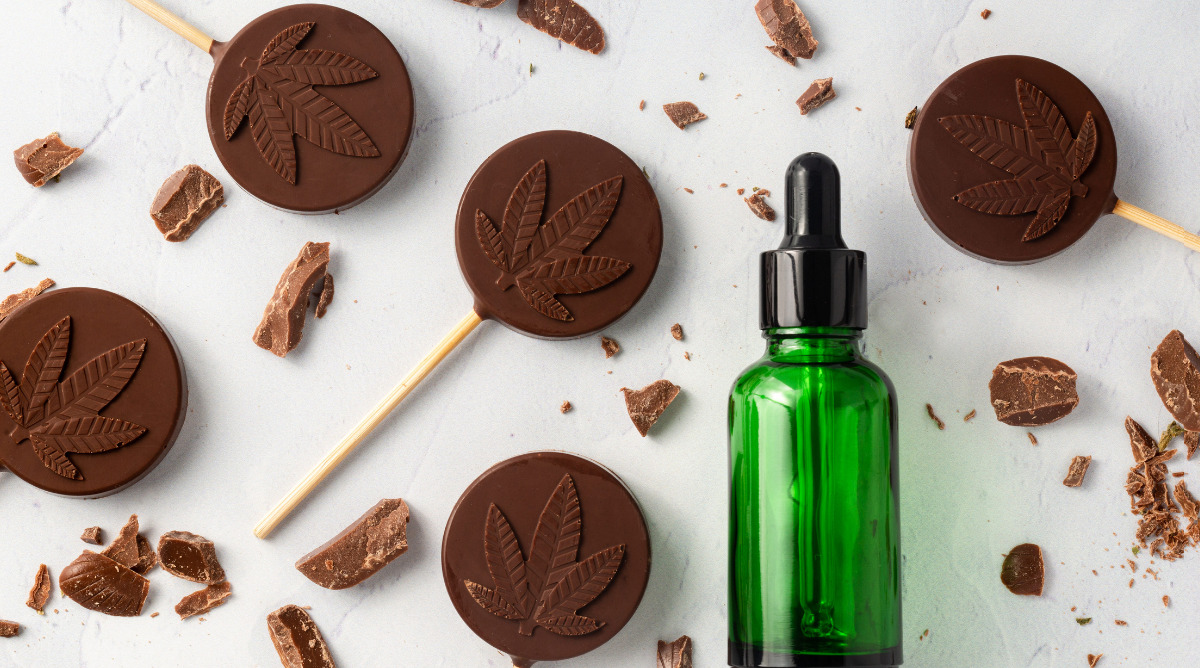 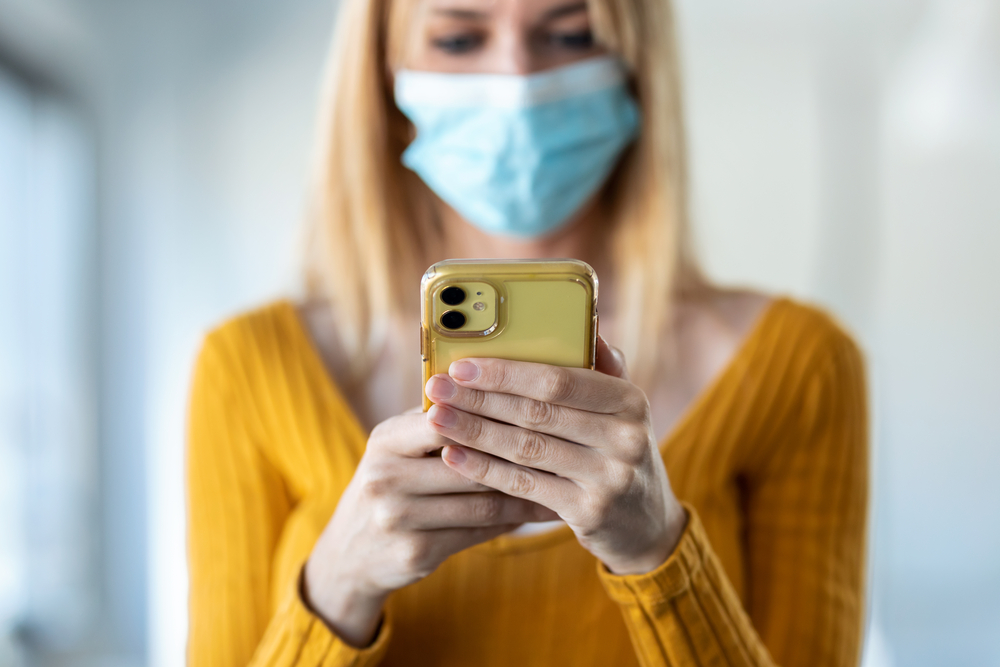 Cannabis Genetic Tests: What They Are and How They Help