Posted by Marijuana Doctors on 09/07/2019 in Medical Marijuana

America’s CBD market received a loud and clear signal when the federal Food and Drug Administration issued a letter to Curaleaf, a major US cannabis and CBD brand, warning them to stop marketing their products as if they have curative, pharmaceutical-like powers. The agency made it clear that it would not tolerate manufacturers making broad health claims related to conditions like chronic pain or mental conditions like anxiety, depression, and PTSD. As a result, shares of Curaleaf stock fell 8% in a day, and CVS has even pulled some Curaleaf products from their shelves.

Michiganders Could Be Voting on Marijuana—Again

Less than a year after the passing of Proposal 1, voters in at least five Michigan communities may soon head to the ballot box to vote on recreational marijuana. The law allows local governments the option to ban retail businesses selling marijuana within their city or village. But it also gives residents the opportunity to force a vote by collecting petition signatures from 5% of eligible voters—which is exactly what these residents have done. Four proposed initiatives would welcome marijuana businesses back in their communities, while one initiative hopes to ban them.

Jordan Avery, CEO of a Massachusetts recreational marijuana shop, said he and his business partner were victims of a hate attack this July when their rented storefront property was vandalized with anti-Semitic language and racist symbolism. Avery is Jewish, and believes the crimes are connected to a heated legal battle over 10 inches of his building and parking lot crossing into the community of Lynn, which has banned such cannabis businesses. Lynn Police say they’re currently investigating the vandalism as a hate crime.

Thanks to a trend toward legalization, marijuana stock prices have been driving up for years—with some stocks having more than quadrupled in a 36-month period. But as of May, valuations have started to come down. Overhyped sales forecasts inflated the marijuana stock bubble to begin with: up to $500 billion by 2030. But more recent forecasts put it more solidly in the $50-$200 billion range (still, nothing to sniff at). As cannabis stock enters its next phase of maturation, some say it won’t be long before a few top players start dominating the field.

As farmers in the region prepare for wildfire season, many California growers recall the devastation when two million acres of the state went up in flames in 2018—along with thousands of fields of flowering mariuana plants. Cannabis farmers were hit extra hard, as federal law prevents them from insuring their crops. A new federal bill hopes to change that with the CLAIM Act,  allowing insurers to cover state-legal cannabis businesses in both medical and adult-use states.

Toronto cannabis shoppers are rallying behind a local chain of marijuana dispensaries, CAFE, despite efforts by authorities to shut them down. The pop-up dispensary sells flower, edibles, and all manner of unlicensed cannabis products (not yet legal to sell under Canadian law). When law enforcement periodically try to thwart business by barricading their doors with cement blocks, CAFE operators launch a shuttle service to a new CAFE location, or simply start taking orders on the sidewalk off iPads. To date, consumers seem altogether unfazed by CAFE’s overtly illegal operation. These physical deterrents only seem to attract more attention; each time a location is shuttered, fans tag the cement blocks with messages of mourning and support.

Where the Candidates Land on Cannabis

With dozens of declared candidates ready to take on President Trump in 2020, it may be surprising to see where each candidate lands on legalization. For example, Trump’s self-declared primary challenger on the Republican side, former Massachusetts Gov. William Weld, is a libertarian and outspoken advocate for legalization, while one of the first 2020 Democratic frontrunners, former Vice President Joe Biden, is the only candidate explicitly opposed to federal legalization. He was quoted saying in 2010, “There’s a difference between sending someone to jail for a few ounces, and legalizing [marijuana]…I think legalization is a mistake. I still believe [marijuana] is a gateway drug.”

Washington state Governor Jay Inslee signed a Senate Bill into law in April with the hope of opening up more avenues to hemp production (Oregon, for example, has up to 750 hemp farms serving the CBD industry, to Washington’s current dozen or so). But the law removes a previous four-mile buffer zone between outdoor marijuana and hemp farms, worrying Washington marijuana growers about cross-pollination from hemp cultivators. The concern is that male hemp plants could send airborne pollen into marijuana fields, causing flowering female plants to seed (rendering them less valuable, hurting profits). On the flip side, marijuana pollen can potentially spike THC levels in CBD plants, so there’s a clear need for farmers to work together to optimize cannabis cultivation in the state for all.

The NAACP, ACLU, Human Rights Watch, and at least a hundred other organizations are backing the Marijuana Opportunity Reinvestment and Expungement (MORE) Act. The bill would not only federally legalize marijuana, but it would go further to create a process for expungement and resentencing of prior convictions and prevent agencies from denying rights to immigrants on the basis of marijuana use. The MORE Act also includes a 5% federal tax on cannabis sales to fund job training, legal aid, and cannabis-specific business opportunities for marijuana shop owners who have been historically, socially, and economically disadvantaged by the war on drugs.

Doctors can Prescribe Marijuana Instead of Opiates in CO

Colorado is the third state in the nation after New York and Illinois to allow doctors to recommend medical marijuana for any condition for which they would prescribe an opioid. In two other states, Pennsylvania and New Jersey, patients diagnosed with opioid use disorder may be advised to use medical marijuana instead of opioids.

Profits Boom in MA as Nearby States Await Legalization

A Western Massachusetts recreational cannabis dispensary, Theory Wellness, recently announced their store was receiving more visitors from the state of New York than from the Massachusetts, a trend that seems to only highlight the lack of access available to marijuana users in the region. Though many believed New York, New Jersey, Connecticut and Pennsylvania would follow Massachusetts on the path to legalization, plans failed in all four states while Massachusetts quickly became the go-to source of marijuana for users all across the East Coast. And the roadtripping will only continue: the town of Great Barrington, the closest town to New York City (where Theory Wellness is located)—has licensed three additional dispensaries, which are set to open their doors soon.

Sarah A Lybrand is a writer specializing in lifestyle, health, finance, cannabis—and fun. She’s written for Bust, Juno, Yahoo, MarketSmiths, and Toast Media, among many others.

How Long Is a Medical Marijuana Recommendation Good? 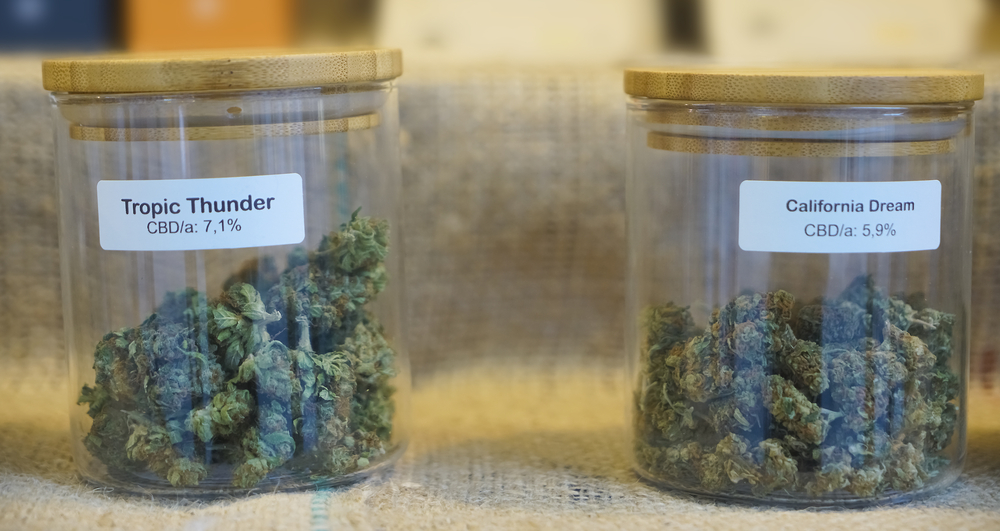