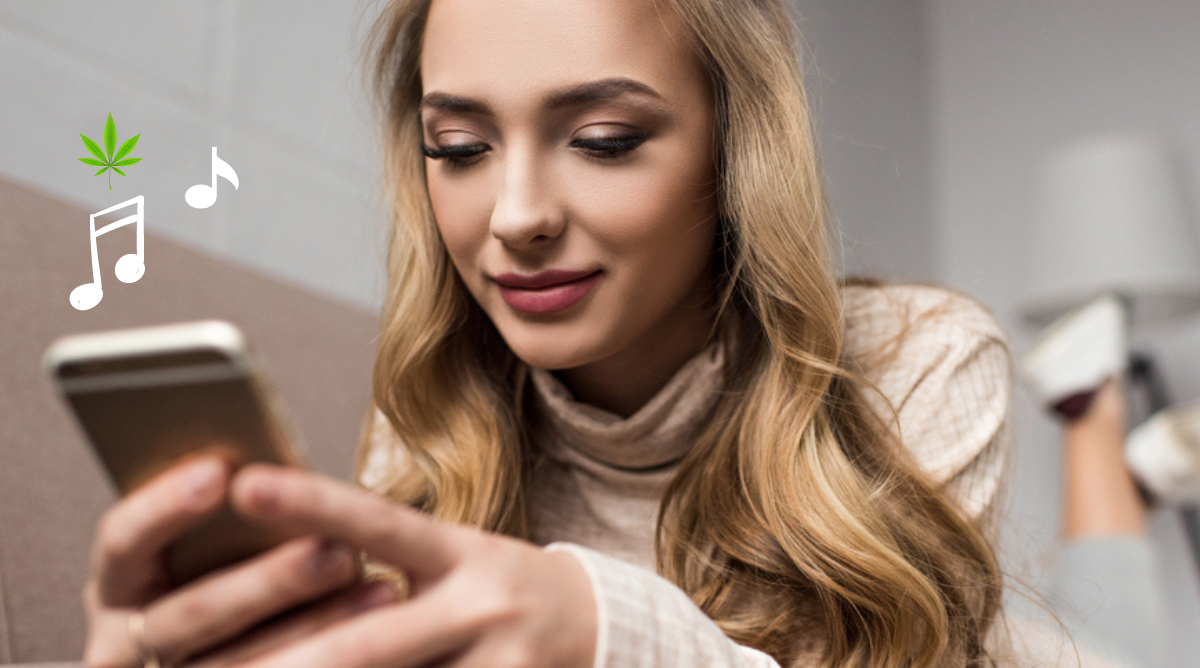 If you think your Christmas tree looks amazing, try looking at it from your couch, and high after a few puffs.  Some people experience synesthesia after smoking cannabis.  Synesthesia happens when someone is intoxicated, and sensory perception can be combined.  You may “feel” sounds, taste shapes, and hear colors.

Synesthesia is not the same as the hallucinogenic experience of psychedelic drugs.  With psychedelics, sensory perception can be randomized.  With psychedelics, the color red may feel ‘hot’ temperature-wise and then sound ‘loud’ on another occasion.   When you experience synesthesia, there is a consistency depending on your unique mental processing. For example, the color red may always feel like a hot temperature when you look at it.

Certain strains of cannabis can produce mild to moderate symptoms of synesthesia. But if you are new to smoking or edibles, it is more likely to occur when someone has a low tolerance.  What does it feel like to have synesthesia? Colors of Christmas lights may seem brighter or appear as a richer hue.  Bright greens may be experienced as a pine tree smell (even if your tree is artificial).  But unlike psychedelic drugs, the sensory show is more like “Woah beautiful!” and not disturbing.

So, if you have ever gone to your local park and saw some people staring for long periods, affixed on lights?  Bingo! Or people closing their eyes in awe of music at a concert? They are probably enjoying one of the less common but fun reactions to cannabinoids.

Dial-Up the Sensory Experience With Psychedelic Strains of Marijuana

We mentioned that different sensory experience is not unpleasant.  Unless you have sensory overload, which is why you may not want to smoke weed and go to a laser light show, it might be overwhelming.

Certain strains of cannabis are more likely to create symptoms of synesthesia.  Again, the experience is nothing close to the level of hallucination effects you would experience from psilocybin or “magic mushrooms.”  It has everything to do with the combination of a high THC concentration, specific types of terpenes, and different varieties of cannabinoids.

If you do want to ‘light up’ your holiday season, here are some of the strains that are more likely to induce the experience of synesthesia.  They don’t call certain strains “Haze” for nothing.  And since these strains tend to be a higher concentration, this might be the kind of smoke that you enjoy at home.

Not surprisingly, the psychedelic strains of marijuana are more potent, which means they are recommended for experienced smokers.  Whether you are a writer, a musician, or a visual artist, synesthesia can invigorate the muse and help you get creative.

Cannabis does more than create an intoxicating effect.  For many people, smoking marijuana also reduces anxiety.  If you consider that creative thought is behind a wall of anxiety and self-critical thinking, cannabis may help knock down that barrier. At least, that’s what creatives say.

Do Musicians Produce Music That Sounds Better When You Are Stoned?

Have you ever sat down, smoked a little weed, and then watched a television show that you swear was written to be watched high?  You don’t imagine it. And it’s not just television shows and broadcasters like VICE that have incorporated elements that specifically stand out.  They are writing scripts, producing visuals and audio to be enjoyed while you are high.

Don’t believe us? Try watching VICE when you haven’t smoked. It’s not nearly as entertaining. Neither is cooking shows.  Or an episode of “Rick and Morty.”

And many shows incorporate binaural tones—no need to panic. Producers are not trying to brainwash you (yet).  Binaural tones can stimulate different emotions.  From relaxation to energy to creativity, and they can also induce tiredness, helping you fall asleep.

So, when music producers are compilating sounds and notes, they also know they are creating a sensory experience for listeners.   When you listen to these holiday tracks, see if you can pick out some of the familiar binaural tones to help elevate your mood even higher.  And some lyrics that will make you smile.

Interested in learning more on how marijuana can alter and enhance your audio perception and enjoyment of music? One of the most popular books is “On Being Stoned: A Psychological Study of Marijuana Intoxication,” by Charles T. Tart, Ph.D.  The study was the first Federally funded study to explore “what users gain from smoking marijuana.”   Also, check out Tart’s illustrated “States of Consciousness” book.

Here are our staff picks for some of the best holiday songs to sit back and smoke up to.

1. “The Chanukah Song “by Adam Sandler

Back in 1994, Adam Sandler created this alternative to the Dreidel Song. Best line in the song? “So, drink your gin and tonic-ah, and smoke your marijuana-kah.”

Written as an alternative to the Christmas carol “The Little Drummer Boy”, Willie Nelson wrote a hilarious redux of the song as an homage to cannabis. The song was written for “A Colbert Christmas: The Greatest Gift of All”.  Nelson sings “a plant that smokes more sweetly than either frankincense or myrrh” and concludes the song with “and let not mankind bogart love.”  The idea of combining cannabis and Jesus isn’t so out there.  According to archaeological evidence, the anointing oil used by Jesus and his disciples was made from kaneh-bosem (cannabis).  Also, the incense used by Jesus during prayers and sermons contained cannabis extracts, according to scholars.

Tinctures were used for healing in the Bible. While today, many people prefer to consume edibles or smokable cannabis; the use of healing oils is prevalent in the Bible.  That puts a different spin on certain stories, and from a medicinal standpoint, helps us understand the wellness value of cannabinoids.

Released in 2016, the electro reggae tune features Diplo, DJ Jillionaire, and DJ Walshy Fire.  “What a merry Christmas would be if me get a ganja stalk.”

4. “Weed (All I Want for Christmas) by Nellie McKay

If you lived in New York City in 2015, you might have seen a woman traveling the subway dressed as a giant marijuana leaf for the video. True story.  The song was also used as a political talking point for the legalization of cannabis in New York.  “Rigged vote-flippin’ and the prohibition, Schedule 1 has got to go”.

5. “Pot in the Latkes” by Abby Dorsey

Another hilarious Hanukkah holiday song that pays homage to a different kind of high holiday.  Comedian rapper Abby Dorsey is a Jewish woman bummed at Christmas until she packs her dreidel and heads to a party where there is “pot in the latkes.”

The song is one we can all relate to.  Heading home or to a family event for Christmas, and knowing you may have to take a toke or two to get through the day.  There are only so many pairs of socks you can unwrap before you have to create your chill. Unless there is cannabis-infused “Nug Nog” or ‘adult only’ brownies.

The Huffington Post interviewed Dent May when the song came out. His responses are pretty hilarious. The song has a kind of “Beach Boys” vibe to it. 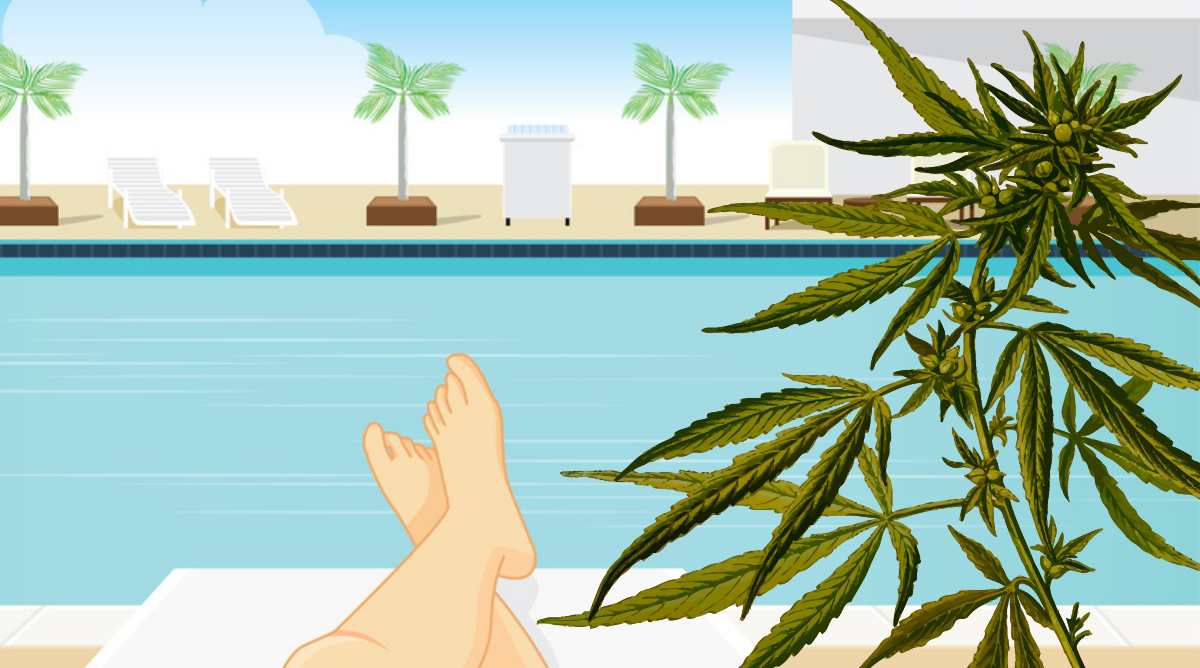 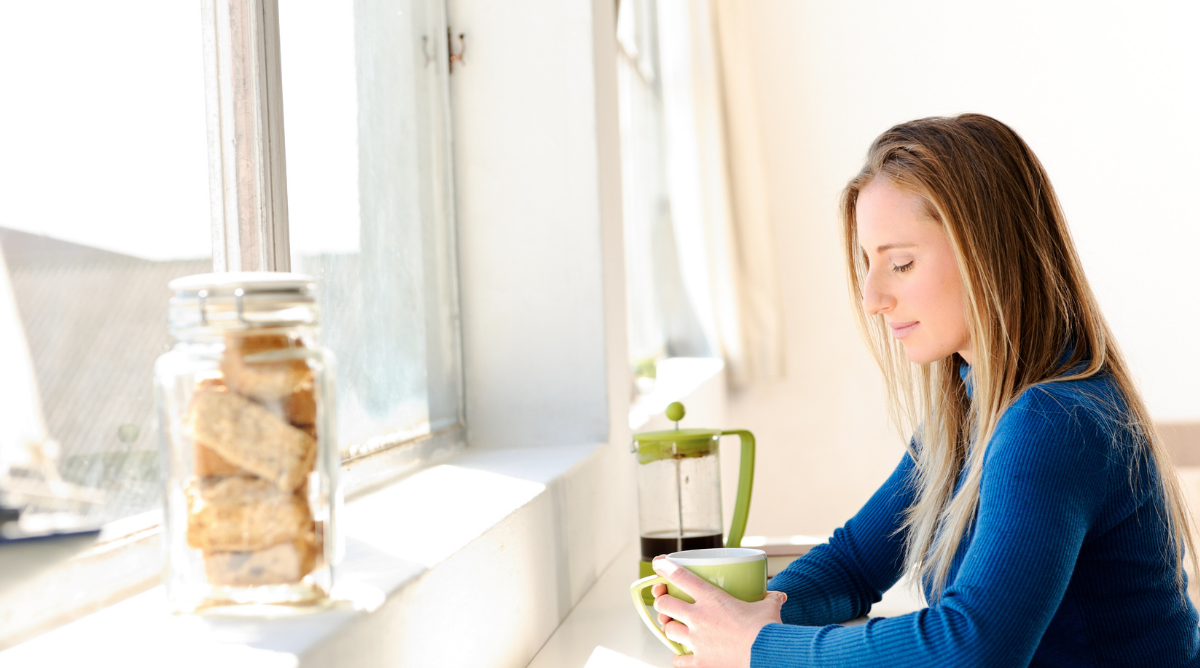 Detox 2020: Reset Your Mojo With Marijuana