Nearly everyone (96%) experiences a headache at some point in life. Repeated  headaches are considered a disorder. By far the most common type is tension headaches, which affect by 40% of the U.S. population each year, according to a study in the Journal of the American Medical Association. Migraines are also common, affecting 18% of women and 6% of men.

What causes headaches? They can be a sign of stress or a sign of another disorder, such as high blood pressure, anxiety, or depression. They can cause pain, sensitivity to light and smells, nausea, blurred vision, and dizziness. Many people lose time from work, school, and social activities due to headaches.

Over-the-counter medications, such as ibuprofen and acetaminophen, are often recommended to treat headaches. Prescription medications, such as triptans to treat migraines, are sometimes advised. Home remedies include cold or warm compresses, herbal tea, exercise, meditation, and essential oils.

There’s another option: cannabis. Here’s an overview of seven different types of headaches, and an explanation  of marijuana might help.

Most people get this type of headache occasionally, women more often than men. Some people have them every day. They feel a dull, constant pain on both sides of the head, sometimes accompanied by tenderness in the face and neck, pressure behind the eyes, and sensitivity to light and sound.

Someone who is experiencing a migraine will usually feel an intense throbbing pain on one side of the head. Increased sensitivity to light, sound, and smells is also common, as are nausea and vomiting. About one third of migraine sufferers experience an aura before the headache comes on. They may see flickering lights or spots or experience numbness or muscle weakness.

Only .1% of the population experiences these headaches. But they are severe and recurrent. And unlike other types of headaches, they’re six times more likely to develop in men than in women. People who get these headaches feel an intense burning or piercing pain behind or around one eye. Eyes may water, and eyelids may swell. They’re called “cluster” headaches because they can occur up to eight times a day and last for weeks or months.

These happen during strenuous physical activity, such as running, jumping, and weight lifting. They can also occur during sexual intercourse. Sufferers feel a throbbing pain throughout the head. They’re more common in people with a family history of migraine.

This type of headache is rare and usually affects people over age 50. It occurs only during sleep and wakes the sufferer, which is why it’s sometimes called an “alarm clock” headache.

Often confused with migraines, these headaches are caused by a buildup of pressure in the sinuses, usually from an allergy or infection. The buildup causes pain in the cheekbones, forehead, or bridge of the nose and may be accompanied by a runny nose, a fever, or facial swelling.

Previously called “rebound headaches,” these occur due to frequent use of pain medication to treat headaches (usually migraine, tension, or cluster). The risk is greatest with narcotics and barbiturates, but triptans, ergotamines, and some over-the-counter pain medicines also carry a risk, according to the American Migraine Foundation.

Treating headaches with cannabis is by no means a new idea. Historical reports from the second, third, and fourth centuries BC recommended cannabis for headaches. After being introduced in the West in 1839 and used as medicine for about a century, cannabis became illegal in the United States in 1937, which put an end to its widespread use as a therapeutic treatment.

But now that 33 states in the U.S. have legalized medical marijuana, interest in cannabis as a headache treatment has re-emerged. Very few recent studies exist due to government restrictions that limit the ability of scientists to conduct research on marijuana. But in 2017, the journal Cannabis and Cannabinoid Research looked at studies that were conducted between 1839 and 1937 and found ample evidence of the efficacy of marijuana. Among the results: “All patients experienced improvement, some were cured.” “Immediate relief and elimination of headache for 14 months after treatment.” “Found to be the most effective drug for migraine.”

More recently, two studies point to cannabis’s potential as a treatment for migraines (the best-studied type of headache). In a study published in 2016 involving 121 migraine sufferers, University of Colorado scientists found that the number of monthly headaches decreased from 10.4 to 4.6 with the use of marijuana every day. In another study, presented at the 3rd Congress of the European Academy of Neurology in Amsterdam, the Netherlands, in 2017, researchers found that migraine sufferers who received a 200 mg dose of marijuana each day experienced 55% less pain and that marijuana was more effective at reducing the frequency of attacks than a prescription drug.

Although the reason marijuana works in treating headaches is not entirely understood, one possibility relates to inflammation. Headaches have been linked to excessive inflammation in the brain, and marijuana contains anti-inflammatory compounds, including tetrahydrocannabinol (THC) and cannabidiol (CBD). Another possibility concerns cannabinoid receptors in the brain, which affect how pain is felt. The cannabinoids in marijuana are thought to change the way these receptors work and calm down pain signals.

Before you try it

If you suffer from headaches, speak to your doctor about the possibility of getting relief from medical marijuana if you live in a state where it’s legal. Consult a cannabis-friendly physician who can advise you about strain, dosage, and administration method. And be aware of possible side effects, which can include lowered blood pressure, increased heart rate, and increase in anxiety. 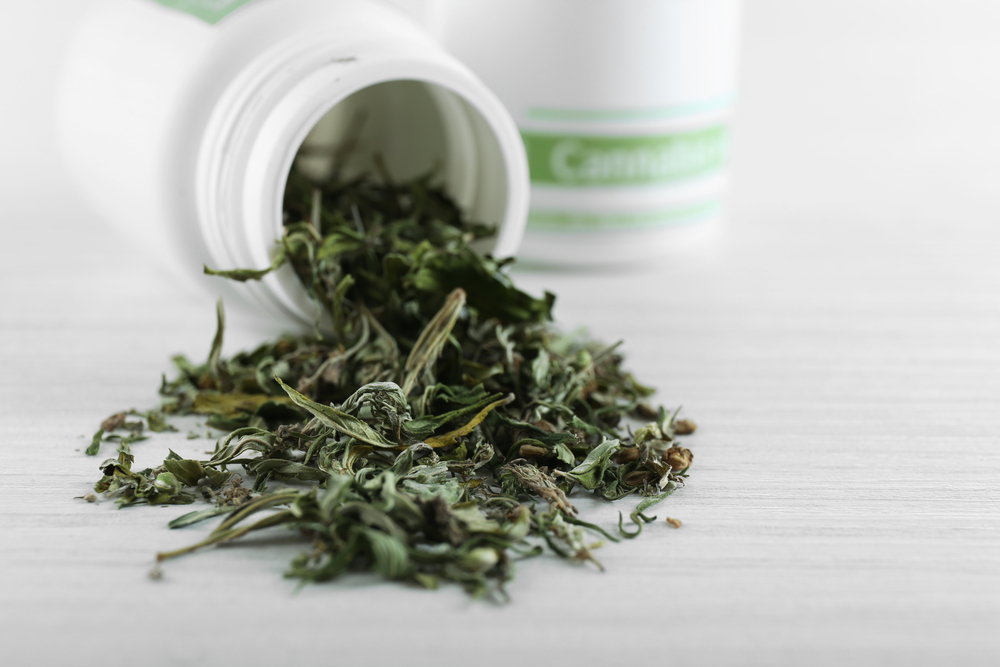