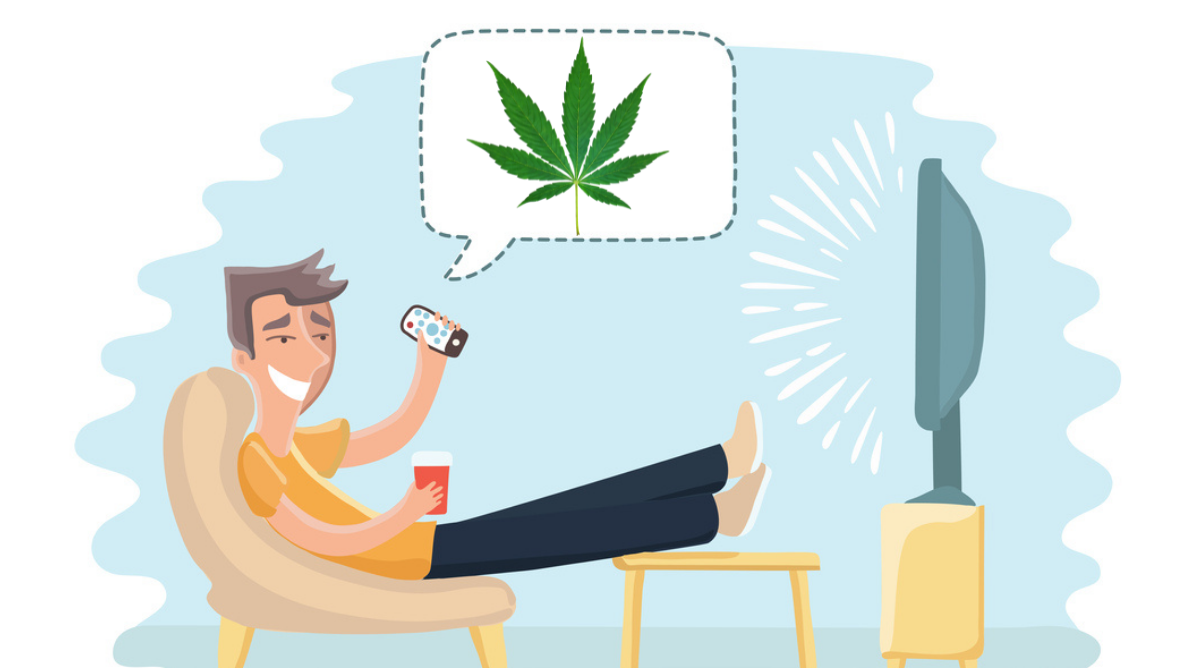 There are myths about cannabis. And even more stigmas about the people who use cannabis every day. We know the stereotype; painting the average pot smoker as sitting daily on the couch, playing Xbox, and munching on tacos. But how accurate is that lifestyle?

That might be Friday nights but definitely not every day.

The truth is that many people who smoke cannabis have used weed to moderate symptoms of anxiety and stress in one way or another.  You’ve heard the term ignorance is bliss?  Clinical studies have shown a link between high IQ and Generalized Anxiety Disorder (GAD).

The smarter you are, the more you worry, according to research by Dr. Jeremy Coplan, Professor of Psychiatry at the State University of New York, Downstate Medical Center. And people with anxiety disorders tend to be more physically active—both a symptom of higher levels of anxiety and another coping mechanism for stress management.

So, while Hollywood would like us all to buy into the stereotype of the lazy pothead, more clinical studies show the opposite is true.  Not only are cannabis users more active, but they may also manage stress better.  And the combination of those two benefits could have several positive and healthy side effects.

Studies Busting Myths About People Who Use Pot

Ganjapreneur reported on a new clinical study that is shaking up what folks think about marijuana. The studies may be two of the largest studies to date in the United States. And they are providing valuable insights on cannabis and wellness.

In March 2021, a study based on a review of 15,822 American adults was published: “Physical activity, sedentary behavior and cannabis use in 15,822 US adults: cross-sectional analyses from NHANES.”

Brace yourself for the findings. The clinical study revealed:

So, according to the survey and review, people who use marijuana are way more active than the average American. True, they spend more time sitting than average, but they seem to make up for it. With daily exercise that’s equal to or greater than a non-toker.

So much so that researchers want to make sure that Americans who stop using cannabis medicinally (or recreationally) are encouraged to remain active. Even after they may stop using cannabis, the risk of returning to a more harmful sedentary life is greater (based on data from the survey) when people stop smoking pot.

The only downside to the survey about lifestyle and cannabis use had to do specifically with men. Cannabis use was correlated to males watching TV for two or more hours per day. But, who doesn’t watch TV for about two hours per day? Hardly an earth-shattering health risk to be wary of.

A second new study was published in the Harm Reduction Journal on April 29, 2021. The “Cannabis Use, Sedentary Behavior, and Physical Activity in a Nationally Representative Sample of US Adults” stated something surprising. There’s no difference in activity level between people who smoke and non-tokers. And in most cases, cannabis users were more physically active daily.

The results of the study reported:

The report says that as more states legalize medical cannabis, healthy lifestyle habits may follow.  If there are going to be more people using marijuana, perhaps now is the perfect opportunity to ‘flip the script’. And change the narrative about pot, exercise, and fitness.

Health education about pot involving positive messages like “it can make you more active (and you should be) for better health” seems like a good idea. Cannabinoids have a lot of positive effects.  People often use marijuana to manage pain and inflammation. And they may enjoy more physical activity.  And a better qualify of life.

Countries With the Most Medical Marijuana Research